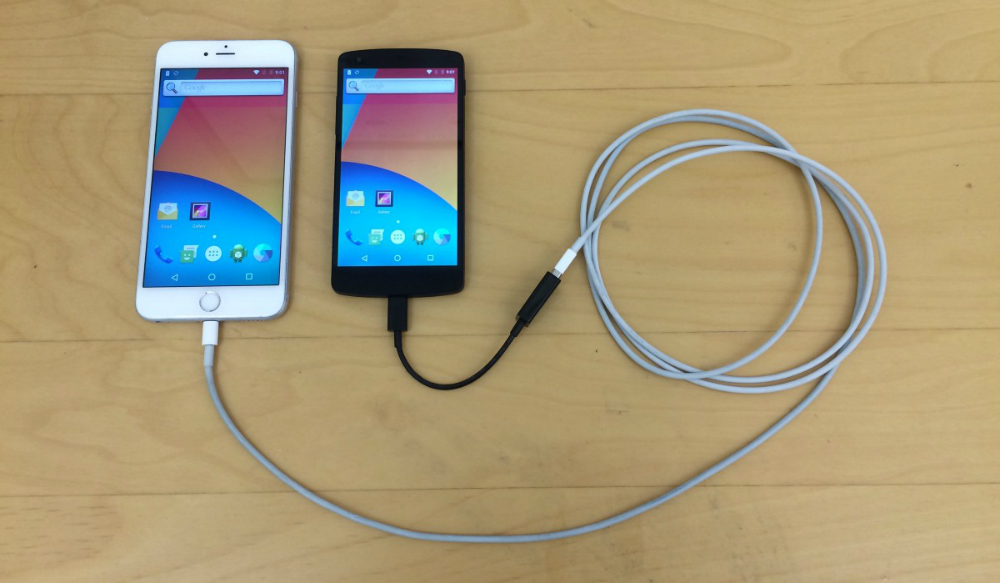 Is nothing sacred anymore? That’s the kind of question diehard iPhone fans will ask themselves upon seeing this strange contraption for the first time. It turns out you can run the latest version of Android on the iPhone 6s, Apple’s latest iPhone, if you’ve got the skills to build your own hardware and software.

Tendigi’s Nick Lee, who put Windows 95 on Apple Watch, has now up with a more useful hack: running Android on an iPhone. The hack requires both hardware and software customizations, so you won’t be able to replicate it at home without the proper skill set. Lee basically found a way to stream Android to the iPhone’s display. After customizing an Android build from the Nexus 5X to get it going, he moved the installation to custom hardware.

Android isn’t installed on the flash memory of the iPhone. Instead, Lee created a custom case that runs Android. The case has extra ports including USB, microUSB, HDMI and microSD, and it connects to the iPhone via a Lightning plug.

To get Android running on the iPhone, you need to place the phone in the 3D-printed enclosure, hook up the cable and run a special iOS app on the phone. That’s when you see Android Marshmallow appear on the screen.

Sure, it’s not a perfect solution and there seems to be some lag, but this concept shows that you can hack Android to run on the iPhone, even if that means having to build special hardware to handle it. Unfortunately, you can’t buy this case anywhere, but you can replicate it – check out the source link below to read Lee’s detailed instructions.