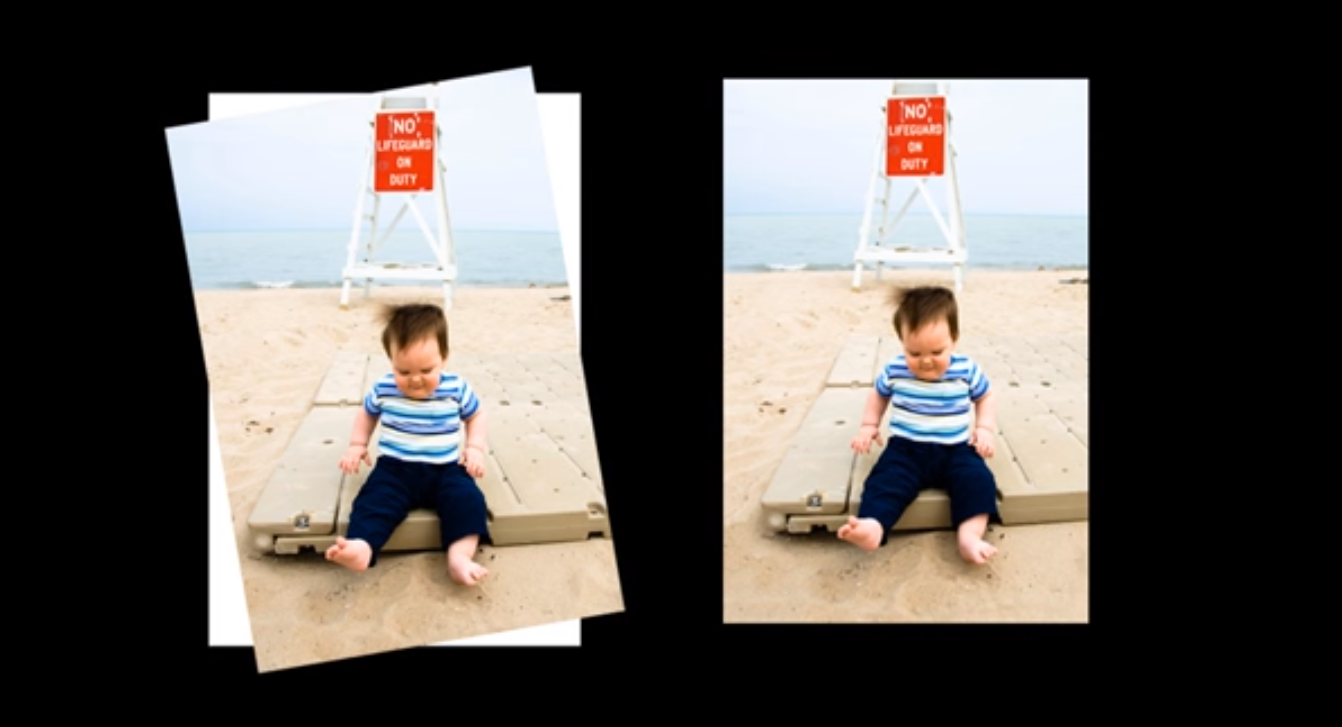 I’ve always assumed that Photoshop uses some kind of alien technology to pull off the content-filling tricks that it’s best known for. But to get this new feature working, someone at Adobe definitely sacrificed a baby goat or two to the devil.

Content-aware crop is a feature that will be coming to the next major update to Photoshop CC. It lets you crop to any size — even including areas that would be outside the original photo. In the examples Adobe show in the video below, there’s a photo of a boy in front of a sign, but the horizon isn’t level. Straightening the horizon would mean losing part of the sign, which wouldn’t do. So, content-aware crop rotates the image, and fills in the white space using Photoshop’s existing content-aware fill algorithm.

In a different example, the presenter drags the crop tool further down, to create more foreground. Content-aware fill seamlessly extends the foreground of the photo, filling in space with artificial rocks that you’d never spot aren’t real.

In theory, you can already do all of this in the current Photoshop CC. You can (and I have!) extend an image, then use content-aware fill to add stuff that wasn’t there before. But it’s a little inelegant and buggy, and Photoshop normally requires a lot of hand-holding to get it right. This new tool looks completely seamless — no messing around or complicated layers, just endless slightly-fake photos that are mostly true to reality.