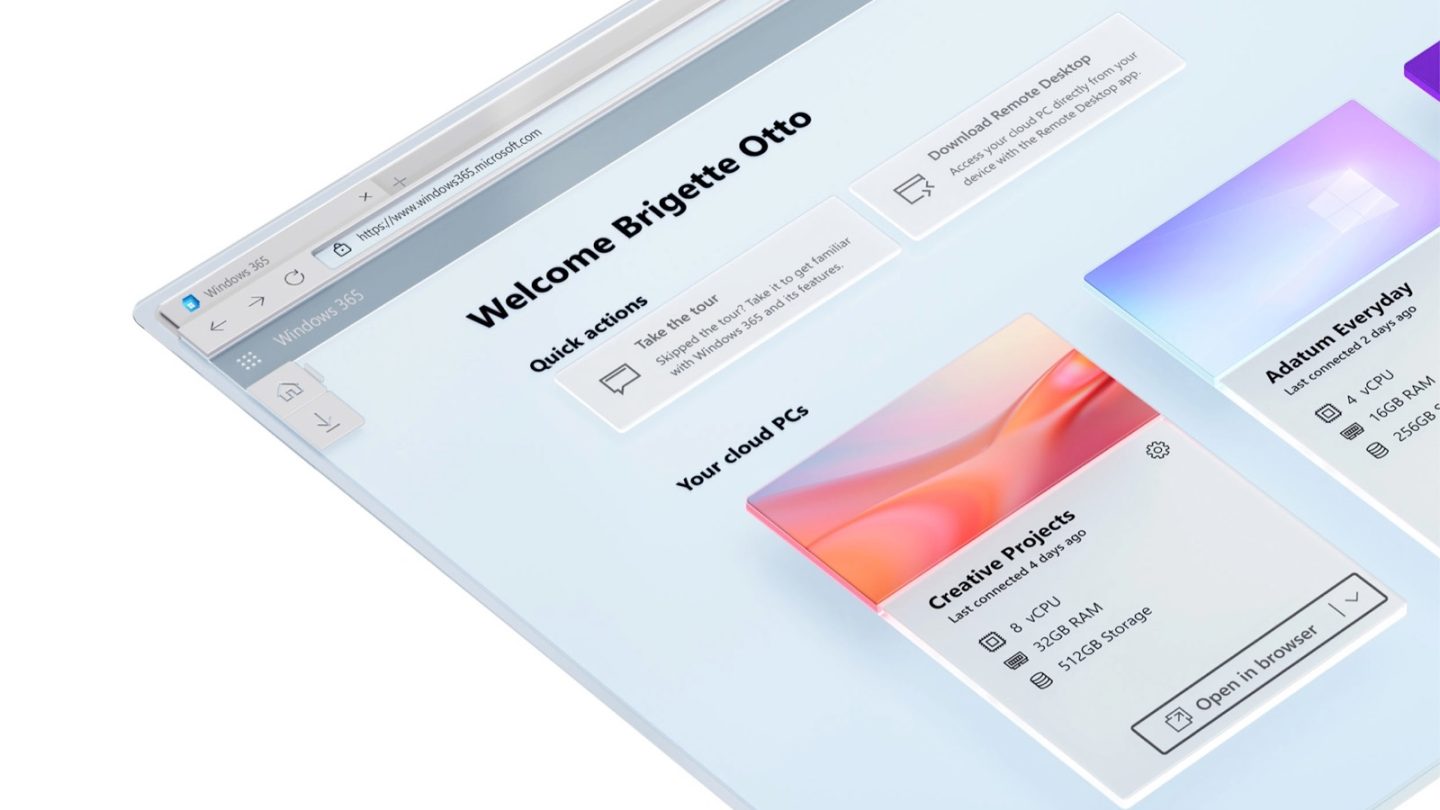 Microsoft unveiled Windows 365 on Wednesday, which is a new take on running the full Windows experience remotely. The new Cloud PC lets you run Windows on an iPad. In fact, any device that supports internet browsers or app stores can run Windows 365. The Cloud PC idea seems to be a simpler, more elegant way of giving people access to powerful workstations. Windows 365 is not only beneficial during a pandemic when people are working from home — it could also help businesses save money on new Windows hardware. Then again, Microsoft did not reveal the complete Windows 365 price structure the other day. But we do have a price point that Microsoft has inadvertently revealed that gives us an idea of what running Windows on an iPad would cost.

Microsoft’s online demos make Windows 365 look like a seamless experience. With a few clicks, IT admins can configure Cloud PCs and assign them to users. Windows 365 targets businesses at this time, and there’s no telling if a similar solution for commercial users will ever exist.

Admins can then reassign resources depending on the user’s needs. This means upgrading or downgrading the Cloud PC in real-time. You can add more CPUs, more RAM, and more storage. And you can downgrade those as well. That’s why the Windows 365 price won’t be that easy to determine.

Microsoft itself might not be ready to reveal the Windows 365 cost just yet. However, it will have to offer the full details in three weeks when the product launches.

But Microsoft disclosed in one of its Inspire sessions videos the price of a particular configuration. Two CPUs, 4GB of RAM, and 128GB of storage make a Cloud PC that costs $31 per user per month. Each Cloud PC also gets amazing internet: 10Gbps download and 4Gbps upload speeds.

The Windows 365 subscription price above is part of the Windows 365 Business option that covers companies with fewer than 300 users.

Your mileage might vary, and Microsoft will have different pricing options out soon. This isn’t even the cheapest option. There’s one Windows 365 Cloud PC that rocks a single CPU, 2GB of RAM, and 64GB of storage. That cloud device will surely get a much lower price.

“This is pricing for just one SKU,’ a Microsoft spokesperson told The Verge. “Microsoft will have many more options, both in terms of configurations and price points, to share when the product becomes generally available on August 2nd.”

The Windows 365 Cloud PC will come in many configurations, so the price will vary accordingly. Aside from the hardware, Microsoft will also recommend apps, including its productivity suite, that could impact the final cost. The Verge has a rundown of configurations at this link. Microsoft provides more Windows 365 details over here.