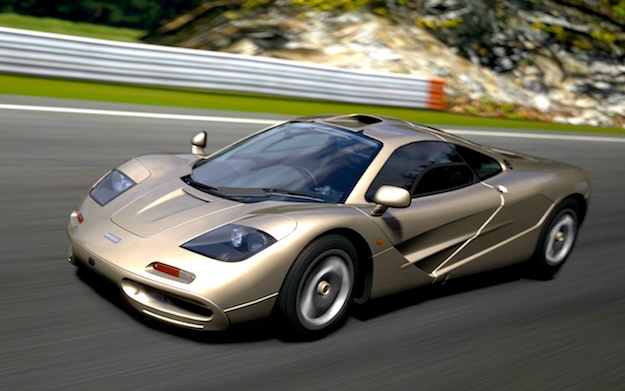 The McLaren F1 is an iconic car, an undisputed supercar among supercars. For nearly 13 years, the McLaren F1 was the fastest production car ever built, maxing out at a top speed of 231 mph. Though the car was in production for about eight years – from 1992 through 1999 – only 106 vehicles ever came off the production line. Today, it’s believed that only 100 F1s still exist today.

Now if you happen to be one of the lucky souls with an F1 in your garage, you might be surprised to learn that if you go in to get it serviced, the workers there aren’t necessarily relying upon the world’s most high-tech equipment to get the job done.

Jalopnik recently got a chance to visit McLaren’s Special Operations (MSO) workshop and they found that the company still relies upon an old Compaq LTE 5280 laptop from the 1990s to service F1s. It’s really quite bizarre when you think about it: McLaren F1s, which are valued at more than $10 million each (at a minimum), can only be serviced with a decades old computer that most people probably wouldn’t use if they were offered it for free.

McLaren used the most advanced (and expensive) parts and materials to build the F1s, like kevlar and gold. But despite all those motorsport-grade cables, early ‘90s technology means they were also equipped with early ‘90s microchips.

“The reason we need those specific Compaq laptops is that they run a bespoke CA card which is installs into them,” a fellow from MSO told me. “The CA card is an interface between the laptop software (which is DOS based) and the car.”

Not to despair, a McLaren representative told Jalopnik’s Máté Petrány that the company is already working on a “new interface which will be compatible with modern laptops” because the 90s era Compaq laptops they use currently are a) becoming harder and harder to find and b) are, not surprisingly, becoming less reliable.

As a final point of interest, here’s what a Compaq LTE 5280 laptop looks like.