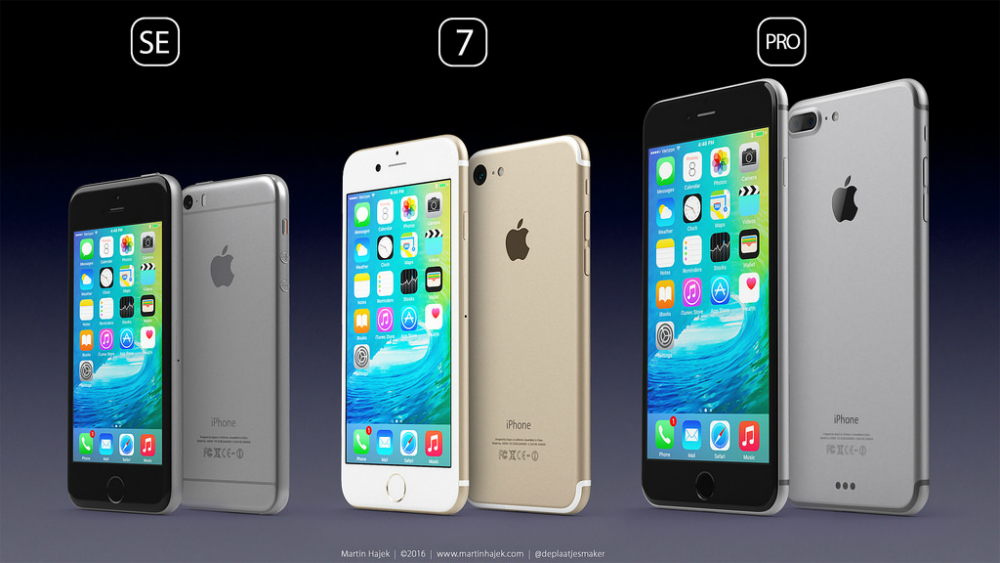 The iPhone SE will be the first new iPhone that Apple unveils this year, and the device is shaping up to be the compact version of the iPhone 6s you’ve always wanted. However, the iPhone 7 line will be the most interesting one this year, as it’ll bring not only a design change but also some new features, maybe even in a brand new iPhone 7 Pro package.

We may be months away from the expected September launch of the iPhone 7, but designer Martin Hajek, who’s always coming up with designs for unconfirmed Apple devices, put together some gorgeous concept images for the iPhone 7 Pro, the iPhone 7 and the iPhone SE based on the existing rumors.

As you can easily see, the iPhone SE is imagined as a faithful successor of the iPhone 5s, though in a more rounded package.

The bad news is that the actual device will look nothing like this according to a more recent report.

The iPhone 7 seems to feature a bigger camera that’s flush to the rear case, a welcomed antenna design “fix,” and dual speakers that flank the Lightning connector – yes the headphone jack is gone from Hajek’s images.

Perhaps the most interesting smartphone coming out this year from Apple is the iPhone 7 Pro, a variation of the iPhone 7 Plus that might feature a dual camera, as well as a three-pin Smart Connector on the back, just like the iPad Pro. Hajek imagined one such design based on existing leaks, though nothing is really confirmed at this point.

And we hope the rear camera of the iPhone 7 Pro won’t be as ugly as it looks in these leaks and subsequent renders.