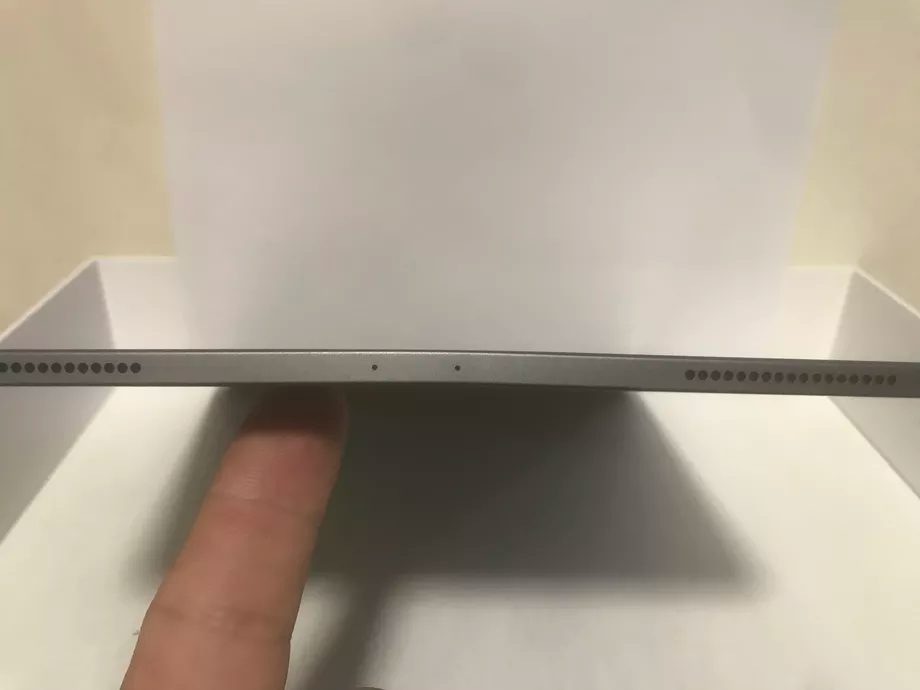 A number of iPad Pro owners have taken to social media as well to MacRumors forums to complain about a physical flaw they’ve seen develop with their iPad Pros. It’s a small bend — not a dramatic one, by any means, but enough to let the average user see it and realize it’s not right.

So MacRumors went ahead and wrote up a post this afternoon with straightforward headline, after getting confirmation from Apple that these bends are indeed a thing but also nothing to worry because Apple doesn’t consider them a defect. “Apple Says Some 2018 iPad Pros Ship Bent,” MacRumors announced, “But It’s Normal and Not a Defect.” Which, of course, did not go over well with commenters. To put it mildly.

“Man, I thought this headline was from The Onion at first,” one wrote. Another: “For something that’s pushing $2k here in Oz, that’s inexcusable.” And another: “A bend out of the box is a defect. Stop being cheap, Tim. Take care of your customers.”

In response to the MacRumors readers who found the bend in some of the 11- as well as 12.9-inch 2018 iPad Pro models, Apple confirmed (to The Verge) that some of those tablets are indeed leaving the factory with a “very slight bend in the aluminum chassis.” Apple, of course, is famous for its adherence to a premium aesthetic and to the highest design standards for its hardware, which makes the confirmation of a flaw like this puzzling to many people. But to top it off, the company went on to explain to The Verge that this is just … to be expected. That it’s “a side effect of the manufacturing process,” which won’t get worse over time or crimp the tablet’s performance “in any practical way.”

But no, Apple told The Verge, we don’t consider this bend to be a defect. What causes it, according to the company, is the way the tablet’s metal and plastic components cool during manufacturing. Interestingly, a writer for The Verge notified Apple about one of these bends in his own iPad Pro. Apple helpfully sent a replacement — which also sported “a very slight bend in the aluminum as soon as I took off the wrapper.”

From that writer: “It’s an issue that seems to be more pronounced on the LTE model, as there’s a plastic strip that breaks up the iPad’s flat aluminum sides; it’s where the antenna line divides two sections of metal that some users have noticed a bend. Apple did not say the perceived flaw is strictly limited to the cellular iPad Pro, however, and some buyers of the Wi-Fi model also claim to have encountered it. Even if only cosmetic, the issue is out of character for Apple, which has rooted its reputation in manufacturing devices with best-in-industry fit and finish.”

That piece goes on to note that Apple insists its return rate for this year’s iPad Pros isn’t anything out of the ordinary, suggesting customers don’t appear to be bothered enough about this to actually do something beyond maybe complaining about it. You’ve also got to remember that, with the application of enough force, most tablets — which are just thin slabs that include a wide surface — will eventually bend to some degree. Apple, again per The Verge, “says that concerns over the iPad Pro’s structural rigidity are unfounded and that it stands by the product. That confidence suggests that this is not a repeat of the ‘bendgate’ controversy that surrounded the iPhone 6 Plus and prompted the company to conduct media tours of its product-testing facilities in 2014.”

At the same time, when you may be paying $1,000 or more for a tablet that Apple very much would love for you to consider as your primary computing device, accepting an odd little bend as just “one of those things” and a byproduct of the manufacturing process — well, some customers certainly consider that a bit of a tough ask.