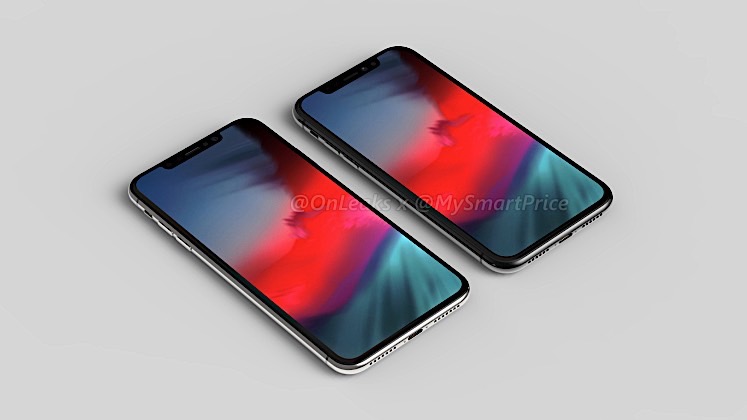 Most reports detailing Apple’s 2018 iPhone plans say that Apple is going to launch three new iPhones this fall, a first for the company. All the devices will feature the same design introduced by the iPhone X, complete with edge-to-edge screens, notch, and Face ID support. Furthermore, the new iPhones will come in three sizes, including 6.1-inch (LCD), 5.8-inch (OLED), and 6.5-inch (OLED).

As always, Apple never confirms rumors about unreleased devices, but a new iOS 12 discovery indicates that, if the 6.5-inch iPhone is real, it’s going to be an iPhone X Plus kind of device.

The iPhone already packs a screen bigger than the display of existing Plus devices, at least when it comes to diagonal measurements. But the iPhone X also comes with a 2:1 aspect ratio, so the width of the screen is actually smaller than, say, the iPhone 8 Plus.

That’s why fans of the iPhone Plus are probably looking forward to an iPhone X Plus version. And Brazilian site iHelpBR discovered evidence that Apple does indeed have an iPhone X Plus in the works.

Upon further inspection, the site discovered that default apps including Messages, Calendar, and Contacts switch from portrait to landscape mode on the bigger 6.5-inch screen (images above and below).

The iPhone X Plus, with its 2436 x 1125, doesn’t support landscape modes like the iPhone Plus models. So the fact that an iPhone with a 2688 x 1242 screen would force Apple apps to switch to landscape modes suggests that Apple will treat the 6.5-inch iPhone as a Plus device.

It’s unclear at this time whether the 6.1-inch iPhone, which also sports a screen that’s bigger than the iPhone X display, will support landscape mode for specific apps.

Apple should unveil and launch the 2018 iPhones in September.