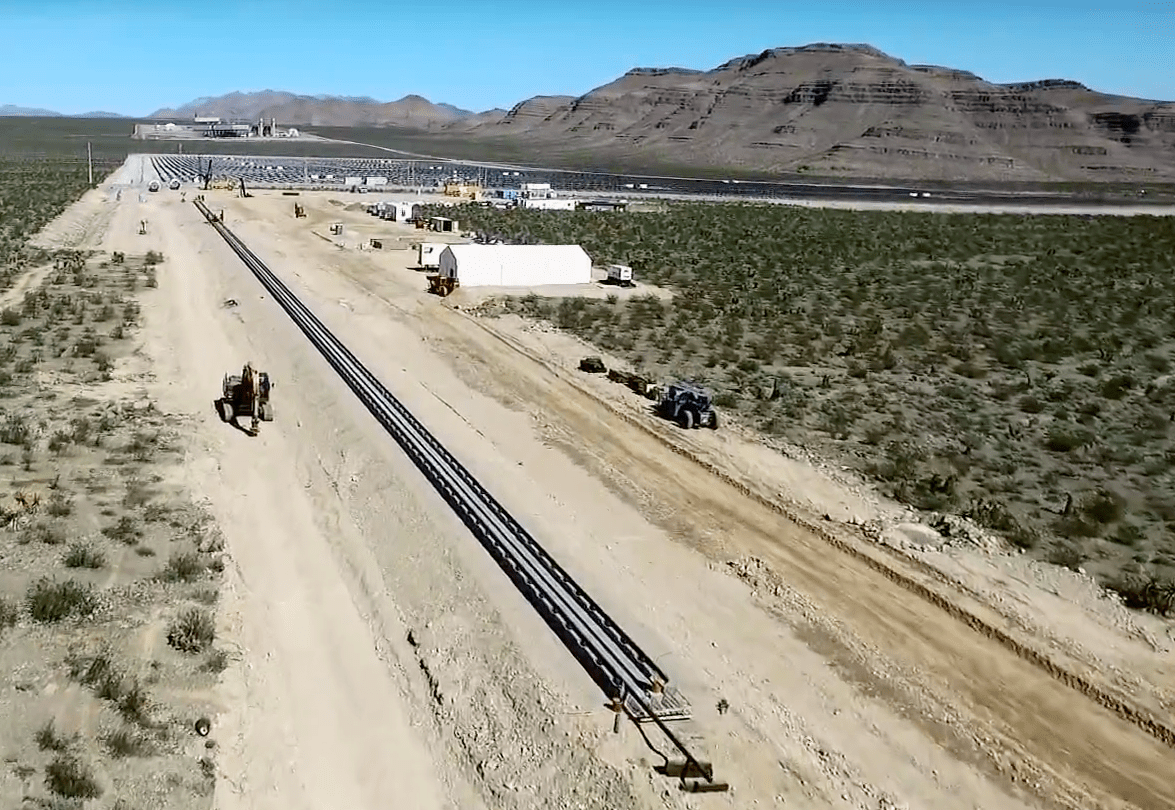 The first full-scale test of next-gen Hyperloop transportation technology has just taken place in the desert outside Las Vegas.

Although Hyperloop is an Elon Musk idea, he’s “too busy” to try and develop it himself. Instead, he released the plans for free, and private companies are designing their own solutions. At the forefront of the race is Hyperloop Technologies, which has conducted the first full-scale test.

And there goes #Hyperloop, accelerating to 2.5G #cbc pic.twitter.com/0R2WbBgEhM

In front of the world’s assembled press, a test ‘sled’ was accelerated down a track at 2.5Gs, eventually reaching 300mph. That’s equivalent to going 0 – 60 in about one second in a regular car. The acceleration was provided by a linear-electric motor, which uses electromagnetism to generate acceleration. It’s not that different to the kind of system you would find in more modern rollercoasters, only a little faster.

The biggest difference between this test and a fully-working Hyperloop — other than that real Hyperloops will travel to somewhere other than the desert — is the track. Hyperloop pods will eventually run inside a semi-vacuum tube to reduce air resistance, whereas this test was exposed to the harsh Las Vegas climate.