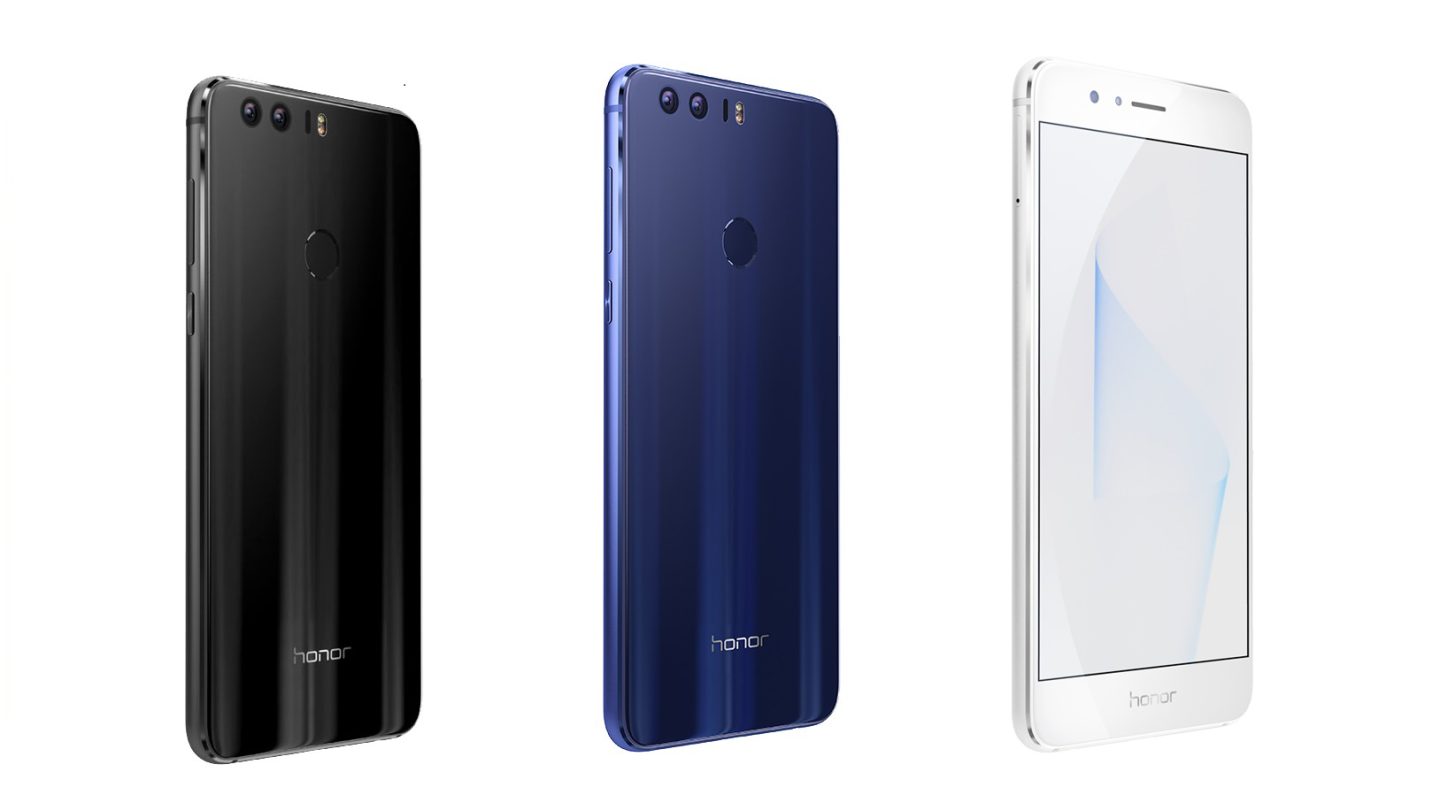 Huawei is a Chinese phone manufacturer notorious for selling off-contract Android phones for dirt cheap. With the latest addition to the family, the Honor 8, the tune is exactly the same — and that’s a seriously good thing.

The Honor 8 isn’t technically Huawei’s flagship phone, but you wouldn’t know it from a glance at the spec sheet. It’s a glass-backed phone that reminds me of the Nexus 4, with a 5.2-inch, full HD screen. Buried in the glass back is a dual-camera system, which yes, is the same thing rumored for the upcoming iPhone 7. Guess Huawei got there first.

The two rear cameras are both 12MP, but one takes a color picture, while the other shoots in black and white. Photos are captured with both sensors at once, and supposedly combined into a better image. It’s basically the same system on the existing Honor P9, but without the Leica branding.

Also on the back is Huawei’s fingerprint sensor, which doubles as a programmable smart button. More than anything else, I like the aesthetic — glass back with a silver ring is a rare distinctive look in a sea of black rectangles.

Underneath, it’s a Kirin 950 processor and 4GB of RAM running the show. In theory, that should be enough to make the phone buttery smooth, although this is the first phone sold with that chipset in the US. There’s also a 3,000mAh battery to power everything, which is decent but not exceptional for a 5-inch phone.

Overall, it looks like a solid offering for a price that’s a little under flagship phones. Most of all, it offers two things that people really care about — a unique design and a (hopefully) good camera — for well under the $600 that a flagship phone generally costs off-contract. At the $400 price point, it’s going up against the Oneplus 3, and more worryingly, the iPhone SE.

Huawei hasn’t made huge inroads into the US yet, and I don’t think the Honor 8 is enough of a knockout to change that on its own. It’s not a total game-changer, but a flagship phone for $400 really isn’t anything to sniff out. If Huawei can work out a way to really sell its phones without going through the cell carriers, it might be onto something.

Pre-orders open today on Amazon, Best Buy and Newegg, with a $50 gift card for anyone who pre-orders. Delivery is expected sometime in early September.