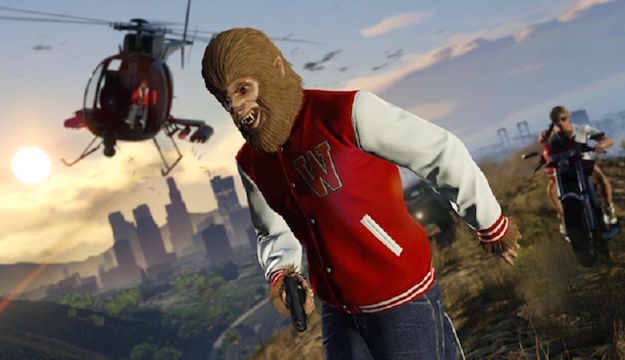 If you finished playing Grand Theft Auto V a few years ago, it’s time to take it out of whatever drawer it’s been hiding in and pop it into your Xbox or Playstation ASAP. Earlier this week, gamers unearthed an absolutely awesome easter egg that lets players assume the character of Big Foot and, if they’re lucky, the Teen Wolf character from the 1985 Michael J. Fox film of the same name.

The story of this particular easter egg dates back quite a few months when some GTA V players began to poke around in the game’s code. In turn, they discovered that the GTA V universe contains peyote plants that, when ingested, transform any of the game’s three main character into Bigfoot. Of course, the peyote plants would only appear in certain weather conditions and had to be eaten in a precise order for the Bigfoot character to manifest.

Following that, GTA V introduces a new “Wild Animal” character into the universe that must be chased down as part of a bizarre mini-game.

In order to track this creature, players (playing as Bigfoot) had to roar in order to get a response roar from their prey. This then would lead to an epic chase across GTA‘s map, with some chases lasting well over an hour. A user by the name of LeBlond was the first to successfully hunt down and kill the beast — a creature that is blatantly modeled after Michael J Fox’s Teen Wolf. Once the monster is dead, players get its skin to use in the game’s Director Mode.

You can see a walk-through of this tremendous easter egg below.