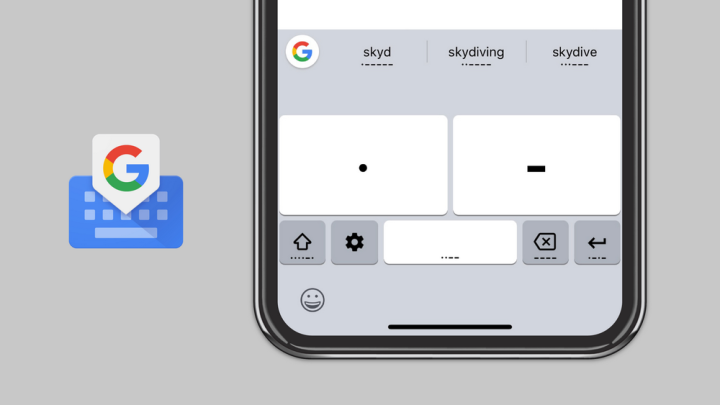 Developer Tania Finlayson has come a long way from her childhood, when doctors told her parents that their daughter — who’d been born with cerebral palsy — probably wouldn’t amount to much. That maybe they should even think about putting her in an institution.

Tania’s parents ignored the advice. They raised her like they would a normal child. She got in trouble when she picked on her brother. She had to finish dinner before she could have dessert. Communication was a challenge, sure; when she was old enough to read, she used a communication word board with about 200 words on it. She had to use a head stick to point to the words.

She got older. She learned everything she could about the world. A natural curiosity that’s brought her to this current point in her life, where she’s now helped Google add Morse code accessibility to its Gboard for iOS, which lets people use the keyboard to communicate via the slashes and dots of a communication system that Tania says has changed her life.

“My experience with the Morse code communicator led me to a partnership with Google on bringing Morse code to Gboard,” Tania says in a Google blog post. “Working closely with the team, I helped design the keyboard layout, added Morse sequences to the auto-suggestion strip above the keyboard, and developed settings that allow people to customize the keyboard to their unique needs.”

The Morse code keyboard on Gboard does exactly what you’d think, letting people use dots and dashes to enter text instead of the regular QWERTY keyboard. Related improvements have also come to Gboard for Android, which now also lets you hook external switches to the device so that a person with limited mobility can operate it.

Tania is, naturally, excited about this update to Gboard, as she’s been using technology to interact with her world for as long as she can remember. The first thing she ever remembers typing was, “You’re an old fart, Dad!” It was the first time she saw him laugh with tears in his eyes.

“I’m excited to see what people will build that integrates with Morse code — whether it’s a keyboard like Gboard, a game, or educational app, the possibilities are endless,” Tania says. “Most technology today is designed for the mass market. Unfortunately, this can mean that people with disabilities can be left behind. Developing communication tools like this is important, because for many people, it simply makes life livable.”

Along with the Gboard Morse code update, Google has also created a game — a Morse typing trainer — that can help you learn it in less than an hour. It’s available on Android, iOS and desktop.

Gboard is available as a free download for iOS users in the App Store.