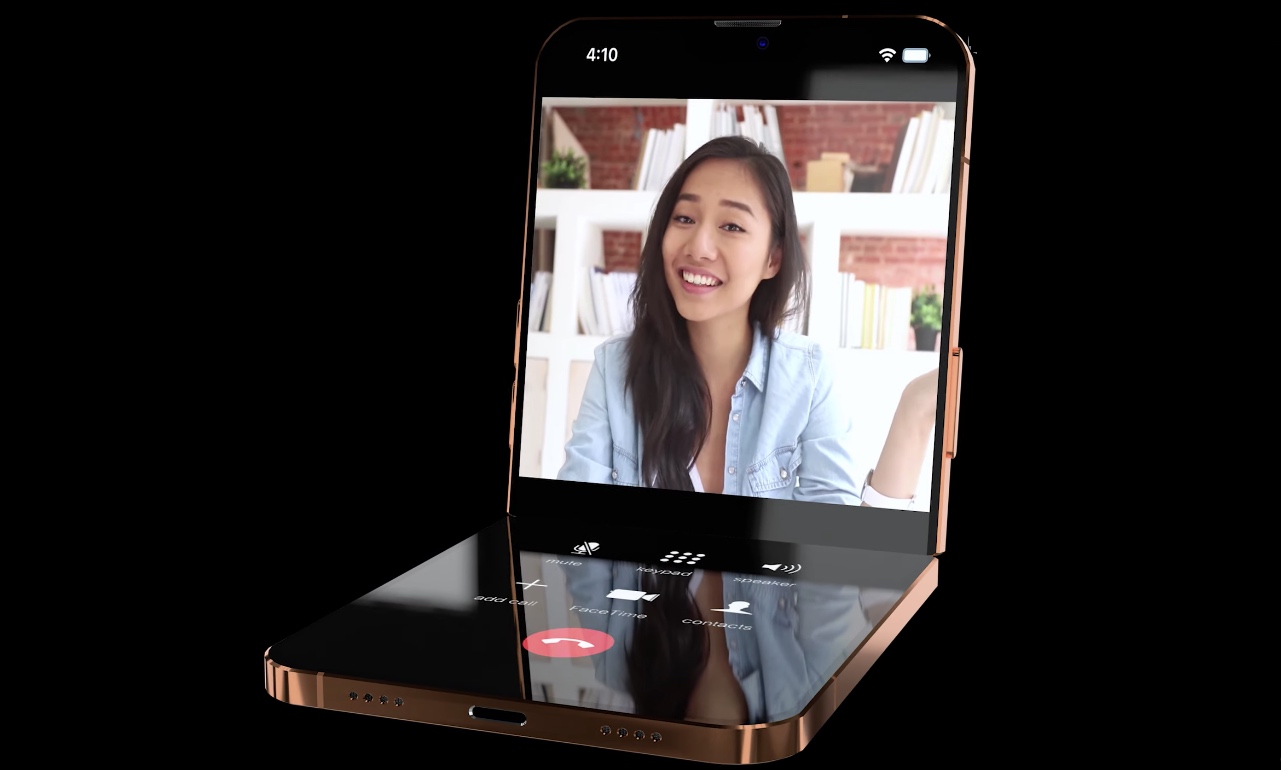 With that said, sometimes it’s fun to imagine what future iPhone models might look like down the road. And with rumors swirling that Apple has been prototyping foldable iPhone models, this concept video of an iPhone Flip is well worth sharing.

The concept video was posted to the ConceptsiPhone YouTube channel earlier this week. The iPhone Flip concept looks a bit similar to the Samsung Galaxy Z Flip 3 design. And having used a Z Flip before, I enjoyed the user experience much more than I anticipated I would. Interestingly, the concept video shows an iPhone Flip with Face ID and Touch ID sensors built underneath the display. Notably, Apple is reportedly working on this type of Touch ID functionality, but it remains to be seen if the feature will ever see the light of day.

Now some of the features in the video below are a bit out there, with Air Charge being one such example. But hey, this is a concept video about futuristic technology, so we might as well keep an open mind and enjoy the ride.

The video can be seen below:

Is a foldable iPhone actually a possibility?

Believe it or not, the notion of a foldable iPhone isn’t all that outlandish. For starters, Samsung has demonstrated that there is a market, however small, for such devices. What’s more, we’ve seen several reports pointing to Apple’s research in the area. Further, Apple has filed patents with respect to foldable iPhone technologies.

If Apple ever releases an iPhone Flip, the reality is that it probably won’t look like the device in the video above. According to noted leaker Jon Prosser, Apple’s foldable iPhone design will boast “two separate display panels on a hinge” and “round, stainless steel edges” similar to iPhone 11 design.

“The memes are funny,” Prosser added in late 2020. “But it doesn’t look like they just stuck two phones together. Even though they’re two separate panels, when the displays are extended, it looks fairly continuous and seamless.”

More to the point, Apple’s rumored foldable iPhone would fold vertically as opposed to horizontally.

You might also recall a report from a year ago which claimed that Apple ordered several foldable display prototypes from Samsung. And while no Apple product is ever official until it’s announced on stage, analyst Ming-Chi Kuo — who has a solid track record with respect to Apple rumors — believes we might see an iPhone Flip style device as early as 2023. The timeline seems ambitious to me, but I’d certainly love to be wrong.