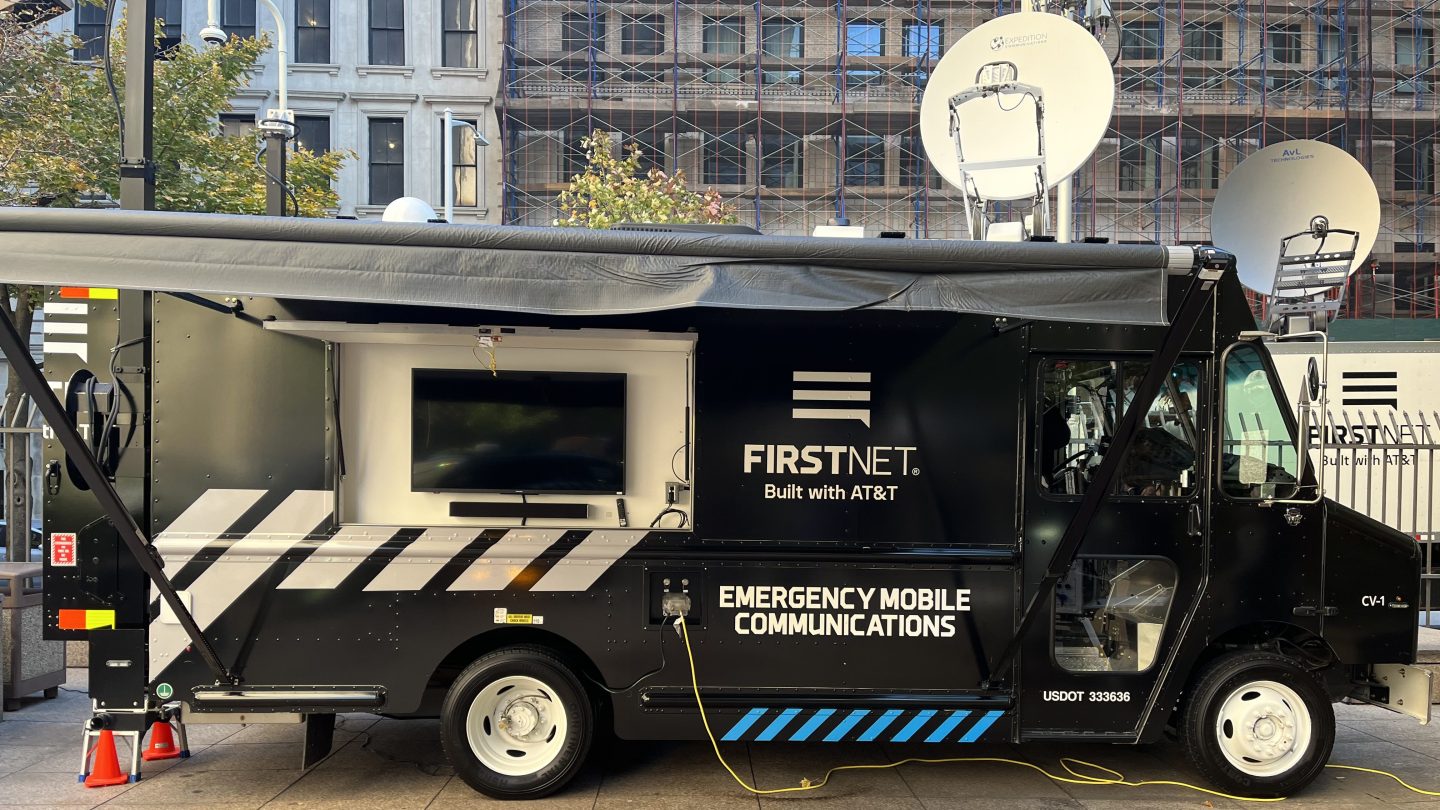 The First Responder Network Authority, also known as FirstNet, is an independent authority that was established in the wake of September 11, 2001. After the terrorist attacks, the government realized first responders needed a network that would allow them to communicate as natural disasters, attacks, or life-altering events are taking place. The inability of first responders to communicate with one another was a major issue on 9/11.

The 9/11 Commission Report spoke about getting a nationwide spectrum program in place to help first responders. Created in 2012, FirstNet’s mission is to “ensure the building, deployment, and operation of the nationwide broadband network that equips first responders to save lives and protect U.S. communities.” In 2017, AT&T and the FirstNet authority board created a public-private partnership to help build out the network.

At a press event on Tuesday, AT&T showed the advances that have been made since 2017 and where FirstNet can help in the future.

No taxpayer dollar has gone into the building of FirstNet. The FCC allocated a 20MHz spectrum license for the program, and FirstNet and AT&T partnered to build it out. It received a $7 billion budget from the government, and states are able to opt into or out of the FirstNet network if they want.

While the initial worry of some lawmakers was that it was too much money and that it may not reach the most remote areas, the partnership with AT&T has proved fruitful so far. AT&T is in a 25-year contract with FirstNet and has made improvements and advances in better responding to catastrophic events.

FirstNet has utilized the experience of previous first responders, such as firefighters, police officers, and EMTs, to further the implementation of the service. As Jim Bugel, President of FirstNet for AT&T said: “It’s built by first responders for first responders.”

Innovations by FirstNet and AT&T

First off, the FirstNet service works best on the AT&T network. But if a first responder wants to access the FirstNet network, they utilize a SIM card or an eSim specifically for that network. It won’t be as busy as a typical mobile network with millions of other devices accessing it at once. This helps in a crisis, allowing those on the network simultaneously to have access to the same information.

Specific vehicles are utilized by FirstNet in order to respond to natural disasters. Deployable units were used as recently as September in Florida for Hurricane Ian rescue and recovery efforts. Some of those units can set up a nearby network that can connect people up to 16 miles apart, providing immediate help, especially while power lines are down.

Other vehicles, like the MAVERICK Series mobile command vehicles that are part of FirstNet’s FLYMOTION partnership, help improve the public safety broadband network by offering LTE/satellite connection, live-streaming capabilities, and mast and camera integrations. These were used recently in Kentucky, where flood zones were widespread and first responders struggled to get to more remote areas.

FirstNet and AT&T not only provide the broadband network for first responders; they also are incorporating more deployable innovations.

“The deployable program came out of us saying, ‘Okay, when the network’s not there, what can we bring in,” said Tom Shull, Director of Government Affairs for FirstNet. “We keep adding to that.”

Deployables such as drones that can monitor areas and provide a better look at the ground from above to robots that can walk and monitor an area where a person might not be able to reach (seen above) have been utilized and introduced recently. While the robot may look and move like a dog, it is equipped with a number of cameras as well as network boosters to help connect more devices to the FirstNet network.

FirstNet smartphones and mobile network boosters are being upgraded and used in the field as well. Another important addition to the FirstNet program has been the implementation of emotional support dogs for first responders.

FirstNet and AT&T look to continue building out the partnership and program to help save lives for the foreseeable future.