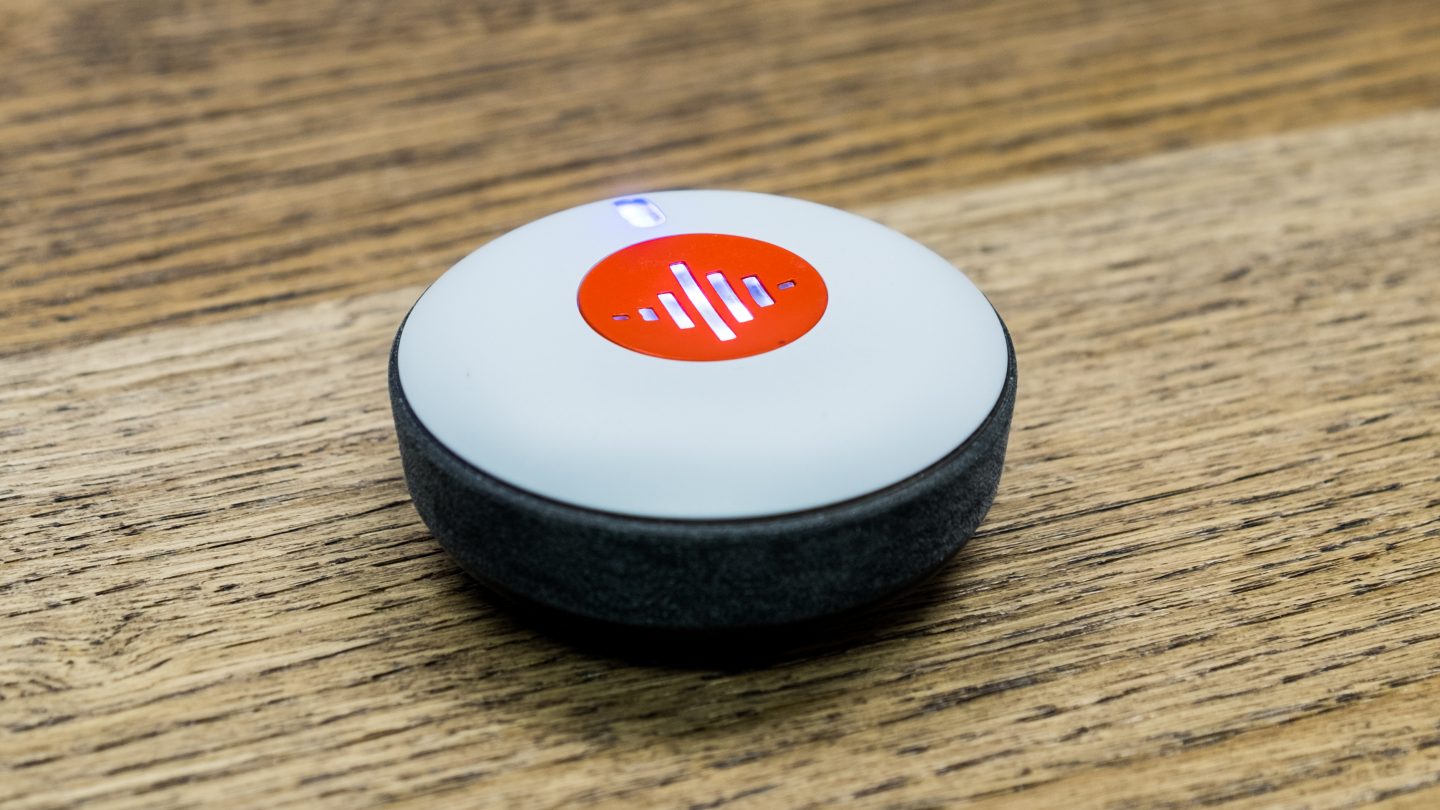 I like cycling while listening to music, but I also enjoy not being run over by cars. This is exactly the kind of problem that the technology industry is primed to “disrupt,” and thankfully, the internet’s legion of startups hasn’t disappointed.

Domio is a small device about the size of a hockey puck, which uses adhesive and a GoPro-style mount to attach to your helmet. Once it’s stuck on, the device turns your entire helmet into a speaker, subtly vibrating the helmet’s shell to play music. It sounds like having a couple speakers held at arm’s length away from your head, and crucially allows you to listen to music while also letting you hear the world around you.

It’s conceptually similar to the suction-mount speakers that have been available for years, which let you turn a flat surface like a window or table into a speaker. Domio is much cleverer, though: it connects to your phone over Bluetooth, has a slick dial on the outside to control volume, and uses auto-calibration software to tune itself to the individual helmet.

I had the chance to mess with a prototype, and it lives up to the concept surprisingly well. It’s easy to mount to the helmet, and the design looks about as unobtrusive as you could want for a speaker that attaches to a helmet. (It actually closely resembles a thinner and more colorful Nest thermostat.)

Audio quality depends a little on where you mount the speaker, and the type of helmet. On a fully-enclosed, one-piece helmet like a skiing or snowboarding lid, the sound quality is more contained and better. On a more ventilated biking helmet, the sound’s a little worse, but still much better than riding with half an earbud in.

The mounting process wasn’t fully functional when I tried it, but the concept seems simple and effective. There’s a mount that sticks onto a helmet with adhesive, and the speaker itself attaches on and off with a twisting motion, so you can switch it around between different helmets, or take it off to charge.

I still have some reservations about the concept as a whole, though. Because the entire helmet is turned into a speaker, you’re broadcasting sound to anyone standing around you. It’s less of a problem for bikers, but if you’ve ever wanted to listen to music on a chairlift, prepare for some serious judgement of your Taylor Swift obsession.

There’s also a more general concern about mounting things directly onto a helmet safety-wise. Cycling and skiing helmets are designed to deform and shatter, spreading the force of an impact across your entire head. Putting a hard object — like the Domio puck — onto a helmet can concentrate the force of a crash. Remember how Formula One legend Michael Schumacher was put in a coma by a skiing crash? Some experts say that the helmet cam he was wearing was responsible, as it focused the impact and prevented his helmet from doing its job

Still, on balance, I’d say that you’re more likely to ski into someone while wearing earbuds than you are to suffer a freak helmet accident, so Domio probably still puts you on the plus side, safety-wise. It’s available as a pre-order right now for $50, down from the eventual RRP of $100. Shipping is expected in fall this year.