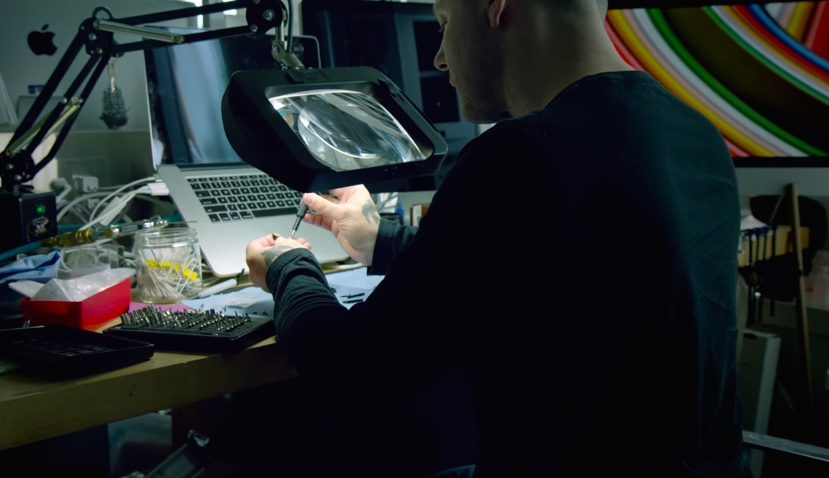 For a company that famously doesn’t like to look towards the past, Apple a few weeks ago released an interesting new product: a 300 page book which chronicles every major Apple product released since 1998. Priced at $300, the book doesn’t come cheap, but then again, high-end coffee table books are rarely wallet-friendly.

In conjunction with the book’s release, Apple yesterday released new video — narrated by Apple’s chief designer Jony Ive — highlighting the philosophy behind the book’s origins. “You understand the nature of an object so much more when you understand how it came to be,” Ive explains. “This book tells dozens and dozens of stories.”

Now given that the book itself is completely barren of any product descriptions or interesting anecdotes, I’d venture to say that Ive’s characterization of the book is a bit off the mark. But the video itself is well worth watching because it provides viewers with an extremely rare glimpse inside of Apple’s vaunted design studio.

[Ive’s design studio] is shielded by tinted windows and a heavy clad, locked door. Just inside is a glass-booth reception desk where two assistants guard access. Even the most high-level Apple employees are not allowed in without special permission.

In any event, the video can be seen below.