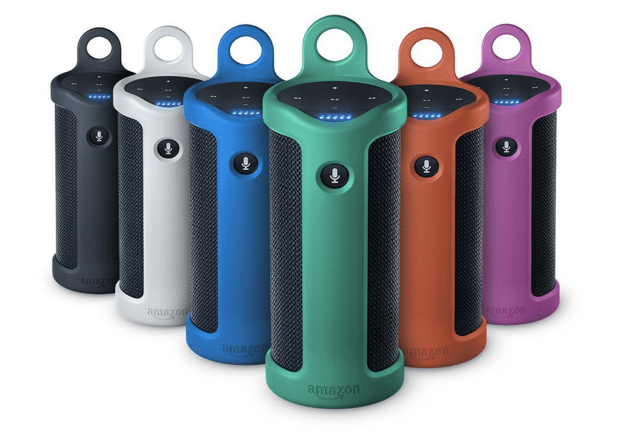 Alexa expanded her reach on Thursday as Amazon introduced two new Echo devices to its online store. The two new models, called Amazon Tap and Echo Dot, are both smaller and cheaper than the flagship Amazon Echo, giving consumers interested in the technology a wider range of products to choose from.

Like most of its other products (you know, other than the Fire Phone), the Echo has been a huge success for Amazon. The company has even gone so far as to say that the demand for Echo is “unprecedented,” which means it was only a matter of time before they decided to expand the line to appease the voracious consumers.

Here’s a closer look at the two new devices:

Unlike the standard Echo, the Tap isn’t always listening for commands. Instead, you have to physically tap it (hence the name) in order to issue a command. With its smaller form factor and extended 9-hour battery life, the Tap is for all intents and purposes a portable Echo. Preorder are now available on Amazon for $129.99, and shipping will begin on March 31st.

The Echo Dot is the smallest of the three devices, but its functionality is closer to that of the Echo than the Tap. Other than its size (and price), the only real difference between the Dot and the Echo is the downgraded speaker on the Dot. It still listens to you, talks to you and controls your smart home devices, but you’ll probably need to connect it to a Bluetooth speaker if you want to use it to listen to music.

What’s especially fascinating about the Echo Dot is that you can only purchase one through Alexa Voice Services. In other words, you have to have an Echo device or an Amazon Fire TV in order to buy this Echo device.

This might sound overly complicated, but Amazon is marketing the Echo Dot as a complimentary product. While the primary Echo device might sit in the living room, the Echo Dot can bring Alexa to the bedroom or the study, allowing customers to kit out their entire houses with Alexa-powered devices.

The Echo Dot retails for $89.99 and will also ship at the end of the month