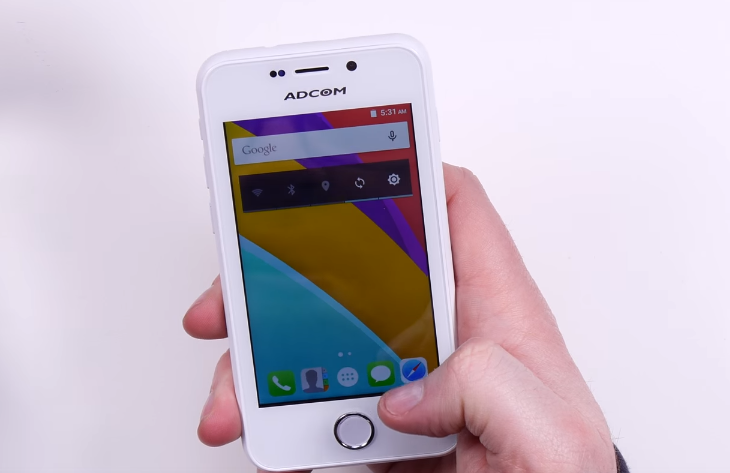 Last month we told you about a new Android phone called the Freedom 251 that costs as much as a cup of coffee. This particular device is ridiculously shady, as it looks like the company behind it stole a bunch of Adcom Ikon 4 phones and rebranded them under its own name. In fact, as Android Authority points out, the company even used whiteout to conceal the Adcom brand name on the device.

At any rate, Unbox Therapy’s Lewis Hilsenteger recently got his hands on the device and found that it really can’t be beat for the price even though buying it may mean you’re supporting illegal activity.

The phone is without a doubt an crude iPhone knockoff. It has a round home button that looks like the iPhone’s Touch ID sensor and its icons look exactly like the icons on iOS, even though the device actually runs Android 5.0 Lollipop. It also features some weird design quirks such as a display that’s recessed from the main casing. The camera is also… well, let’s just say it’s not good.

Nonetheless, Hilsenteger declares that it’s “pretty snappy… for something that is the cost of a toy.” He also notes that you could drop the phone in a lake and not sweat it since paying for lunch costs you more money than buying the Freedom 251. In all, he recommends buying it if you feel like shelling out $4.

Check out his full video below.