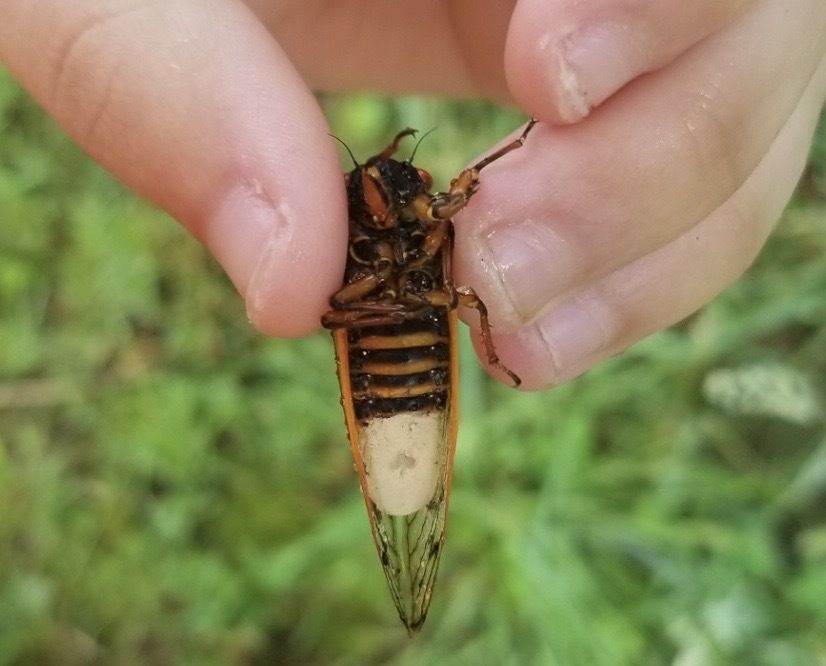 Whether or not you find their shrill buzzing to be annoying or a pleasant reminder that summer is officially here, cicadas are seasonal visitors that many people are familiar with. What you might not know, however, is that a bizarre mind-controlling fungus is turning some of the insects into what can only be described as “sex zombies.”

In a new paper published in PLOS Pathogens, researchers describe the discovery of a fungal parasite that not only takes control of the body and mind of a cicada but actively uses its power to lure other cicadas in with the promise of mating.

The actions of the fungus are like something straight out of a freaky sci-fi movie. When a male cicada becomes infected with the parasite, the fungus begins to consume its innards. Over the course of roughly a week, the insect’s abdomen gradually breaks down. During this time, the insect continues to travel, spreading the deadly fungal spores to others of its kind. The fungus replaces parts of the abdomen with its own growths.

As disturbing as that sounds, there’s more. The fungus also prompts the cicadas to perform movements with its wings that mimic a signal used by female cicadas when they are looking for a mate. Other male cicadas are tricked by the display and when they come upon the infected male, they too are infected by the fungus and the process begins again. “The mechanism by which Massospora induces female-associated behaviors in infected male cicadas is unknown,” the researchers write. “Males with conidia-producing infections (which are spread by close contact among abundant individuals) exhibit sexual behaviors directed at both sexes by additionally wing flicking in response to calls by other males. … To our knowledge, this is the only example of AHT in which the pathogen behaves at least in part as a sexually transmitted disease, although natural history studies are lacking.”

Various cicada species emerge either annually or on long cycles of up to a decade or more. Before growing their wings, they spend the majority of their lives underground. Remarkably, the researchers suggest that the spores of this fungus may even affect immature nymphs if they come into contact with previously deceased cicadas that had been infected by the fungus and spread spores in a localized area upon death.

“Essentially, the cicadas are luring others into becoming infected because their healthy counterparts are interested in mating,” Brian Lovett, co-author of the study, said in a statement. “The bioactive compounds may manipulate the insect to stay awake and continue to transmit the pathogen for longer.”