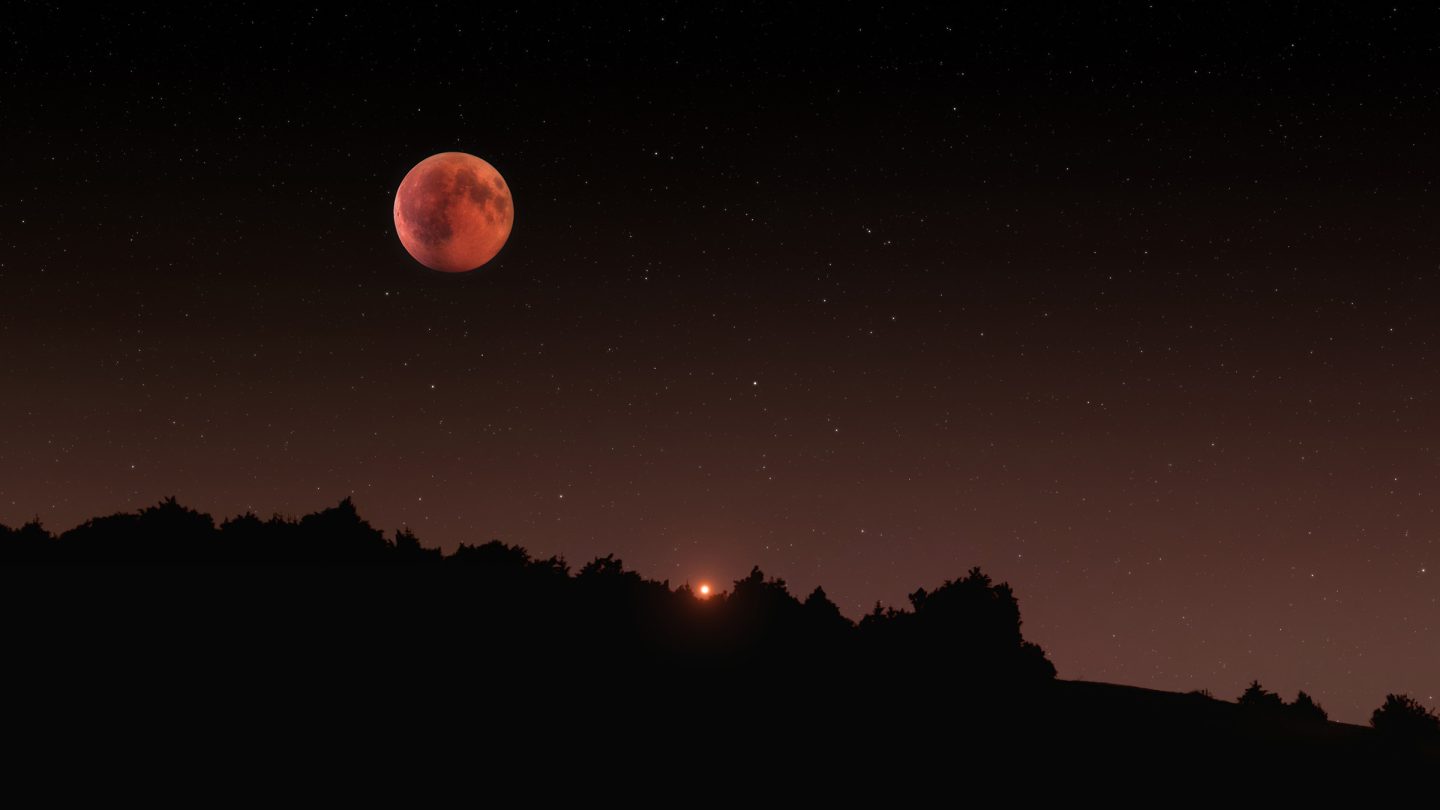 With the first total lunar eclipse of 2022 set to hit this weekend, sky watchers are gearing up for one of the first treats of the year. If you’re interested in seeing the eclipse when it hits, then you’ll be happy to know it will be visible from quite a few places.

When to watch the first total lunar eclipse of 2022

The first total lunar eclipse of 2022 will take place on Sunday, May 15. It will be visible starting in the late evening of May 15 and will peak around 12:11 a.m. ET on May 16. So, if you want to see the complete eclipse, you’ll need to stay up past midnight.

This isn’t the first eclipse we’ve seen recently. The first solar eclipse of the year hit back in April. So, experiencing the first total lunar eclipse of 2022 so soon after feels refreshing. That’s because it means sky watchers won’t need to wait a long period of time between the two.

These eclipses are also known as Blood Moons, due to the red hue they take on during the event. Total lunar eclipses like the upcoming one happen when the Moon is on the opposite side of the Earth from the Sun. This doesn’t happen often, as the orbits of the Moon and the Earth need to line up perfectly for the eclipse to happen.

The first total lunar eclipse of 2022 will be visible from quite a few places around the world. Most notably, people throughout the Americas, as well as Africa and Europe will be able to see the Moon as the Earth’s shadow covers it.

Additionally, folks who live in the Middle East, as well as the eastern Pacific, South Pacific, and even researchers in Antarctica will be able to look up and see the total lunar eclipse as it takes place. The biggest difference will be in how much of the eclipse is viewable by folks in the Middle East and some other areas. Some may only see a penumbra of the total eclipse.

Still, the first lunar eclipse of 2022 is sure to be a delight for sky watchers all around. Make sure you head outside on the evening of May 15 for a chance to see one of the most spectacular celestial events that grace our planet.

Alternatively, you can always tune in right here to watch NASA’s live stream of the event if you’re not able to watch it outside.