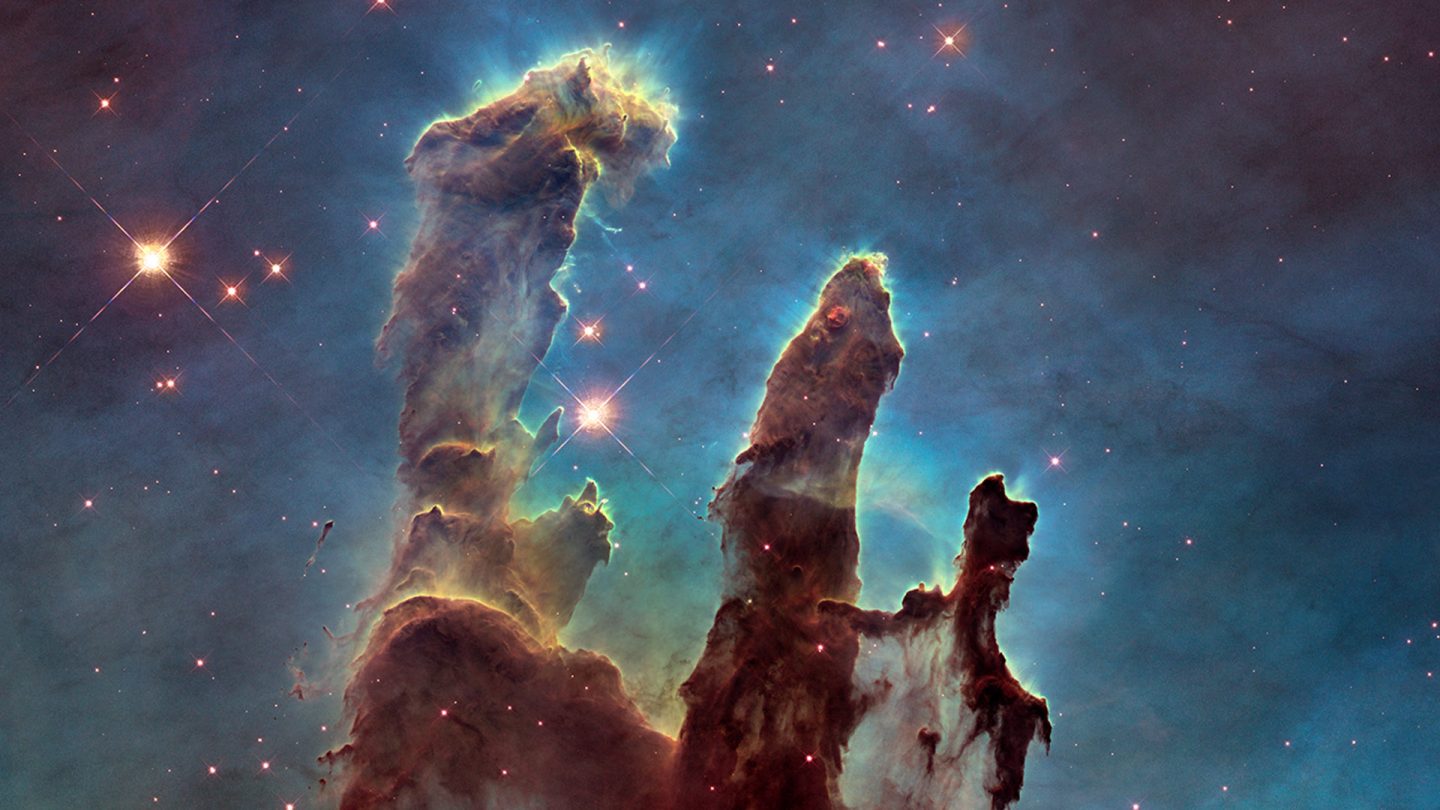 NASA’s Hubble space telescope has taken its fair share of amazing photos. Perhaps one of the most iconic, though, is its capture of Hubble’s Pillars of Creation photo in 1995. The photo, which features one of the most detailed images of the Eagle Nebula, is a powerhouse showcasing the utter beauty of space.

Part of what made the image so amazing was that it just wasn’t possible to capture such detail beforehand. In fact, NASA’s image required a $16 billion telescope to capture, though. But what if someone could capture a similar photo from their backyard? Well, astrophotographer Andrew McCarthy has done just that.

These Pillars of Creation photos were captured in someone’s backyard

The Pillars of Creation are absolutely beautiful. Originally captured in 1995 using the Hubble space telescope, the image is of a distinct region of the Eagle Nebula. That region, NASA says, showcases the formation of new stars. We’ve seen similar displays in other nebulas, but none have stood out as much as the Pillars of Creation photos that NASA shared.

Being able to recreate something so iconic in your backyard might seem impossible. But, Andrew McCarthy apparently captures photos of the Pillars of Creation quite a bit. According to a report on DIY Photography, McCarthy captures the pillars quite frequently. Additionally, he says it’s actually a very accessible target to shoot from the ground.

McCarthy says he used a 12″ Newtonian telescope at 1200mm to capture the Pillars of Creation photos. He paired that telescope with his asi1600mm astronomy camera, as well as some SHO filters. Then, when editing the image, he removed all the stars to make the pillars start out even more.

Recapturing such an iconic image as the Pillars of Creation photo is just one of the many inspiring things McCarthy has pulled off recently. The astrophotographer, who goes my cosmic_background on social media, has made a name capturing some of the most detailed astronomy pictures I’ve ever seen. In fact, he’s even made it onto the 2022 astronomy photographer of the year shortlist.

In the past, we’ve seen him capture amazing photos of the Sun that are absolutely filled with detail. It’s clear from the way that he works that capturing astronomy photographs actually means something to him. And, he has quite the eye for some of the best shots out there.

While McCarthy’s recapture of the iconic Pillars of Creation photo isn’t nearly as detailed, it goes to show that you don’t need $16 billion and NASA’s backing to snap some iconic looks at the universe’s most beautiful encounters.