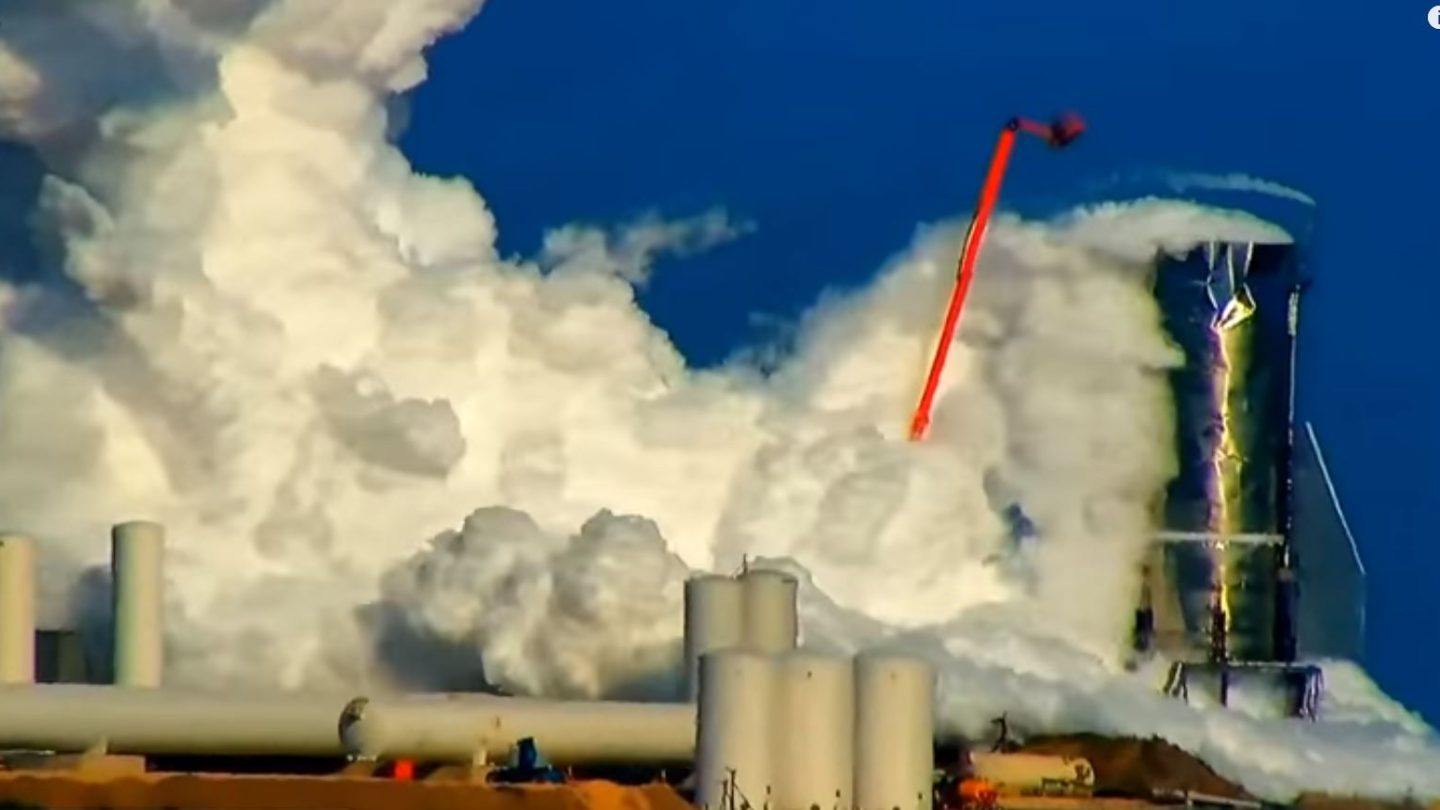 A cryogenic pressure test resulted in an explosion of a SpaceX Starship prototype in Texas on Wednesday. The blast produced a huge cloud of vapor that continued to pour out of the vehicle for several minutes. The unfortunate incident was caught on camera by enthusiasts who were filming the Starship test vehicle from afar.

Starship is perhaps SpaceX’s most exciting project to date. The company envisions versions of the Starship vehicle being sent to other worlds, including Mars, but first, it has to get off the ground. The prototype that blew its top was slated to begin short test flights soon, but the timeline will now have to be pushed back a bit.

There’s a video of the explosion:

As well as the immediate aftermath:

SpaceX hasn’t said much about the blast, issuing a brief statement indicating that the company knew it might happen:

“The purpose of today’s test was to pressurise systems to the max, so the outcome was not completely unexpected.”

Boss Elon Musk went a step further in reply to some tweets on Twitter. In response to a tweet about the explosion, Musk seemed to indicate that the MK1 prototype that suffered the failure would be retired in favor of a newer model.

Absolutely, but to move to Mk3 design. This had some value as a manufacturing pathfinder, but flight design is quite different.

This might seem like a black eye for SpaceX, but space is hard, and failures in testing help ensure that the final product is as reliable as possible. SpaceX, in particular, has never been shy about its failures and seems to relish in the experimentation and iteration that comes with building high-tech spacecraft. The company even went so far as to release a blooper reel, poking fun at itself over the many dramatic failures of the Falcon 9 development process.

Today, Falcon 9 is SpaceX’s bread and butter, delivering satellites into orbit for clients around the world. Its recent track record has been excellent, and while the Starship program is experiencing similar growing pains right now, there’s no reason to think the company won’t get everything ironed out in due time.