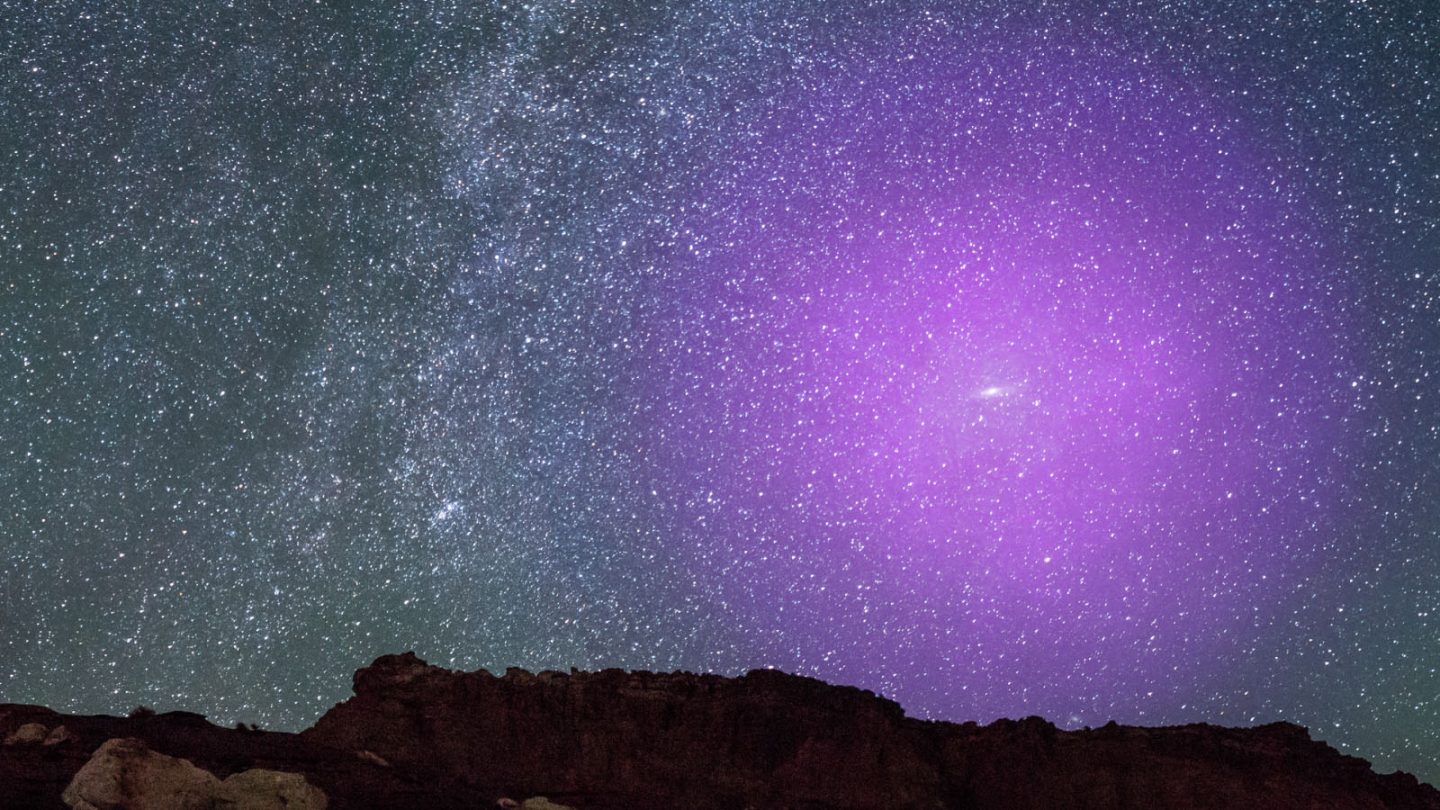 We hear a lot about the Milky Way and that makes sense since it’s the galaxy we happen to live in, but not far away is another galaxy that is just as interesting as our own. It’s the Andromeda galaxy, and despite being 2.5 million light-years away (“not far away” is relative when it comes to deep space), there’s a lot it could teach us about itself and perhaps even our own galaxy.

Now, in a new study published in The Astrophysical Journal, NASA scientists have spotted what they are calling a “halo” around Andromeda. The halo, which is more like a huge bloom of plasma, stretches 1.3 million light-years into space. That’s roughly halfway to our own galaxy, which is an impressive feat.

We often think of galaxies as self-contained collections of stars, planets, and gasses, but that’s simply not the case. The effects of a galaxy extend far beyond their outer edge. In fact, the line between the edge of a galaxy and empty space is so blurred that there’s hardly a real “edge” at all. In the case of Andromeda, the halo of plasma is so massive that it absolutely dwarfs the size of the galaxy itself.

“Understanding the huge halos of gas surrounding galaxies is immensely important,” Samantha Berek of Yale University, co-author of the research, said in a statement. “This reservoir of gas contains fuel for future star formation within the galaxy, as well as outflows from events such as supernovae. It’s full of clues regarding the past and future evolution of the galaxy, and we’re finally able to study it in great detail in our closest galactic neighbor.”

But how did NASA scientists detect this massive halo from such a distance? Well, they sort of cheated. Instead of trying to detect the plasma itself, the researchers observed the light of quasars situated much farther away than Andromeda itself. They measured the light of the quasars in relation to how close they appeared to Andromeda, from our perspective here on Earth. The thicker the plasma halo is, the more light from the quasar would be absorbed before it could reach the Earth, giving the researchers a bunch of new data points — 43 to be exact — with which to work.

“Previously, there was very little information—only six quasars—within 1 million light-years of the galaxy. This new program provides much more information on this inner region of Andromeda’s halo,” J. Christopher Howk, co-author of the work, explains. “Probing gas within this radius is important, as it represents something of a gravitational sphere of influence for Andromeda.”