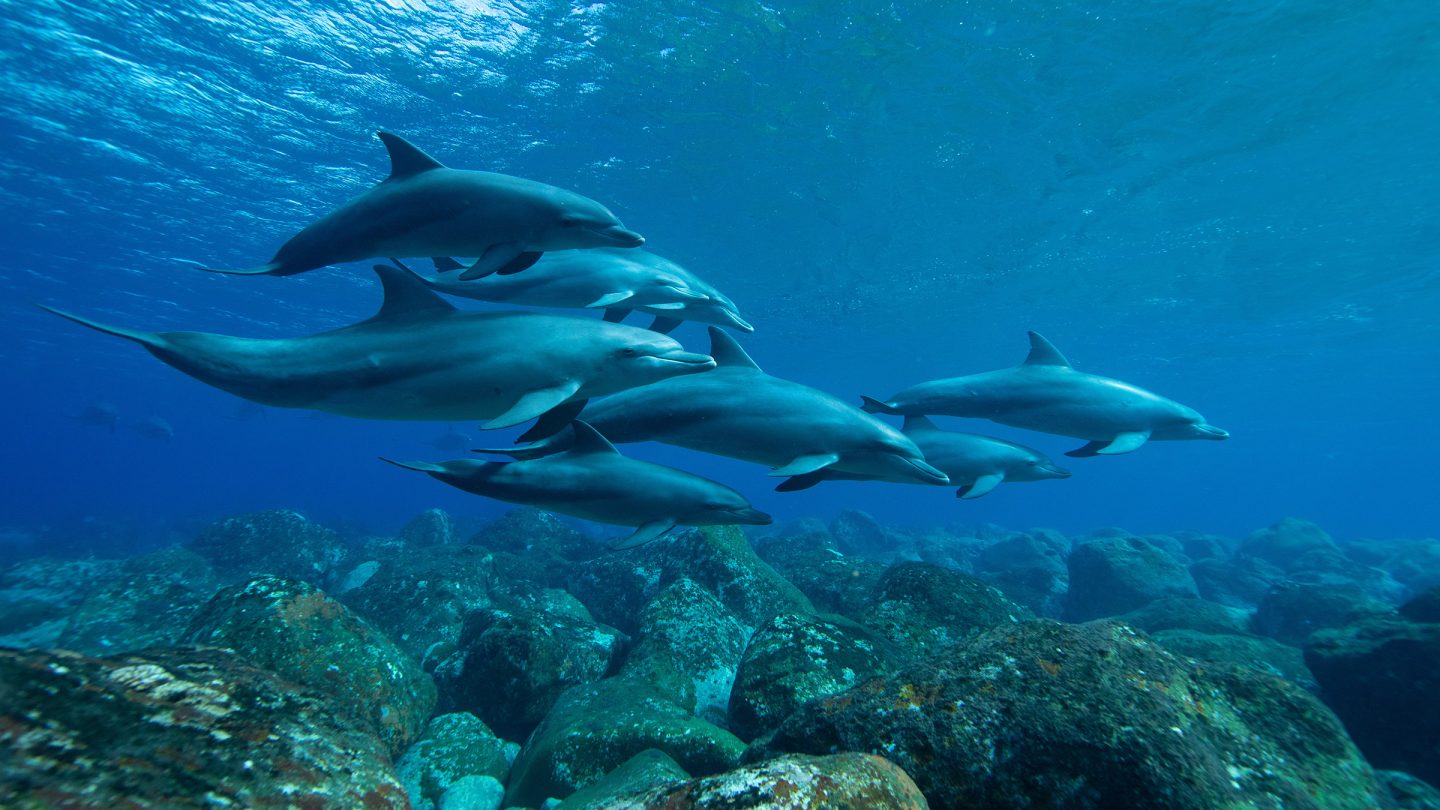 If you’ve wondered how dolphins eat, you aren’t alone. This month, a new study published in PLOS aims to figure out just that. And to do that, the study’s lead author Sam Ridgway strapped cameras onto six dolphins trained by the Navy and let them loose. The footage captured by Ridgway and his team clearly showcases how the dolphins hunt and even the way that they eat their prey.

Dolphins are intelligent creatures, even going so far as to teach other dolphins tricks. But, when it came to feeding and hunting, they were still a mystery. Now, we finally have some answers. Though they aren’t as crystal clear as some might hope.

New footage of dolphins hunting and eating is kind of terrifying

Scientists previously believed that how dolphins eat and hunt could come in two different forms. First, they either swim faster than their prey, catch it in their jaws, and then eat or slurp up their prey. These two feeding methods are called ram feeding and suction feeding. However, Ridgway’s new study may finally shed some light on the method that dolphins actually rely on.

Ridgway and the other researchers strapped cameras onto six dolphins trained by the Navy to learn more about how dolphins hunt and eat. Now, I’m not sure why the Navy part is in there, as it doesn’t seem to play any part in the study’s actual purpose, but perhaps that was easier than trying to find six dolphins in the wild. Either way, it happened, and there is footage, and it’s honestly a little terrifying.

I’ve included one of the three videos the researchers released in the study above. In it, you can see a dolphin as it chases down and catches a fish in the San Diego Bay. The researchers say it became apparent whenever the dolphin identified its next target. When it did, it would pick up speed and its heartbeat would increase, too. The result is a terrifying up-close look at how dolphins hunt.

For the most part, the dolphins took part in suction feeding, the study reveals. Additionally, the footage also showcased dolphins eating snakes, which we’ve never observed before. Exactly why it chose a snake over any of the other tasty fish in the water is unclear.

The Marin Mammal Program, which is responsible for training these dolphins, has spent decades studying and observing these oceanic creatures. This, however, is the first time we’ve been given a close-up view of how dolphins hunt. Hopefully, the researchers were able to learn everything they needed to know.