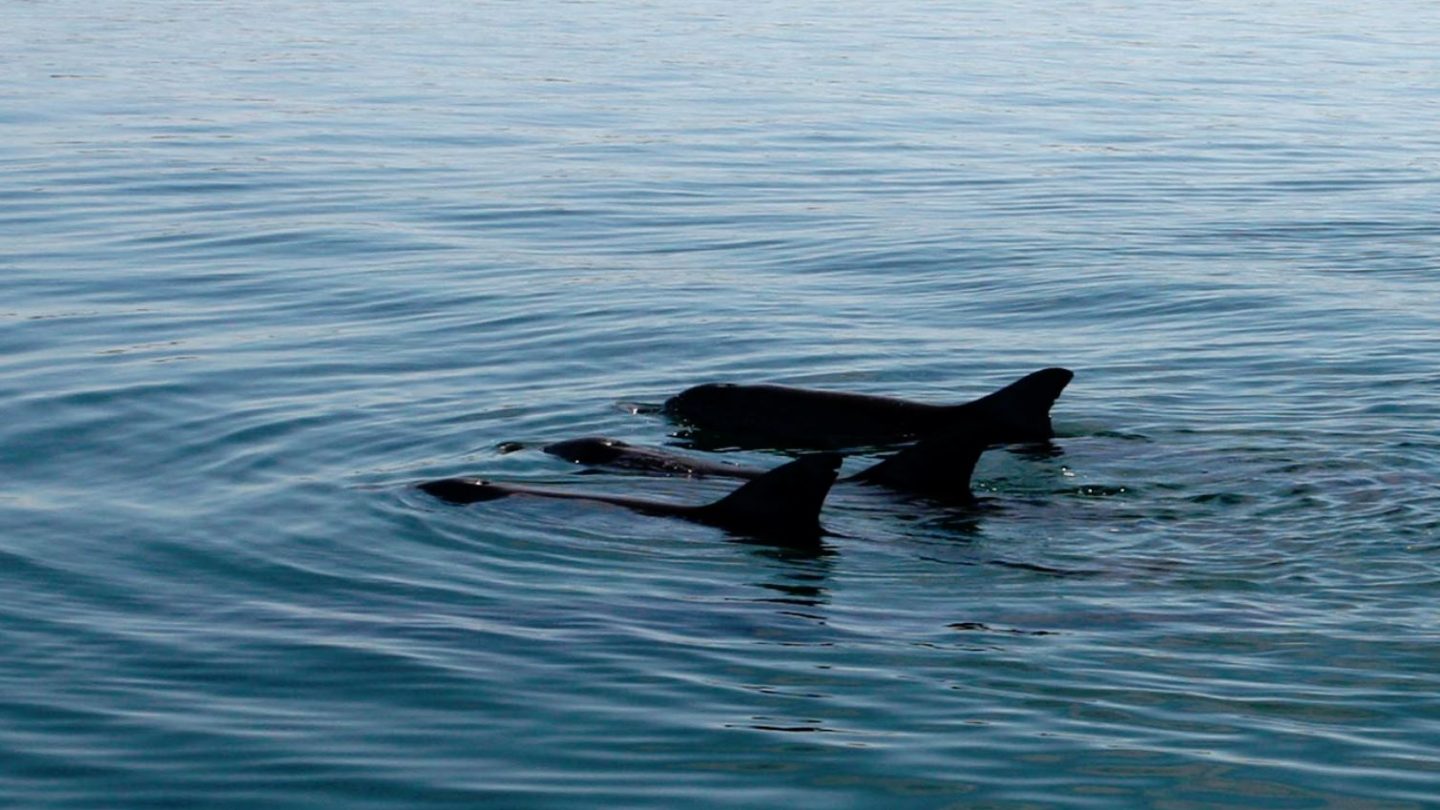 Dolphins are some of the smartest animals on the planet. They’re incredibly witty and capable of some pretty impressive things, including the use of tools to trap prey and even using objects to play games. A new discovery out of Australia further supports the notion that they’re a seriously smart species, as scientists say they’ve observed dolphins actually teaching each other how to use tools and be better hunters.

This is particularly interesting because dolphins, like many mammals, tend to learn the vast majority of what they know from their mothers rather than from their peers. This new study throws that notion into question and shows that dolphins’ already robust social structure may have even more added benefits.

The study, which was published in Current Biology, focuses on a specific type of dolphin behavior called “shelling.” Shelling is a technique used by some dolphins to trap so they can be easily eaten. The animals use large conch shells for this purpose and as the researchers explain, they appear to observe and learn the skill from one another.

“By statistically accounting for both environmental and genetic influences, our findings thus represent the first evidence of non-vertical transmission of a foraging tactic in toothed whales. This research suggests there are multiple transmission pathways of foraging behaviors in dolphins, highlighting the similarities between cetaceans and great apes in the nature of the transmission of cultural behaviors.”

The “non-vertical transmission” the scientists speak of is learning and passing of skills and knowledge that doesn’t come from one’s parents or elders. Instead, the dolphins are learning from their peers, which is something that is only sometimes observed in non-human animals, like primates.

“Our study shows that the foraging behavior ‘shelling,’ where dolphins trap fish inside empty seashells, spreads through social learning among close associates,” Sonja Wild, who led the research, said in a statement. “This is surprising, as dolphins and other toothed whales tend to follow a ‘do-as-mother-does’ strategy for learning foraging behavior.”

“During shelling, dolphins chase their prey, usually a fish, into empty shells of giant gastropods, insert their beak into the shell, bring it to the water surface and then shake it about to drain the water out of the shell, so that the fish falls into their open mouth.”