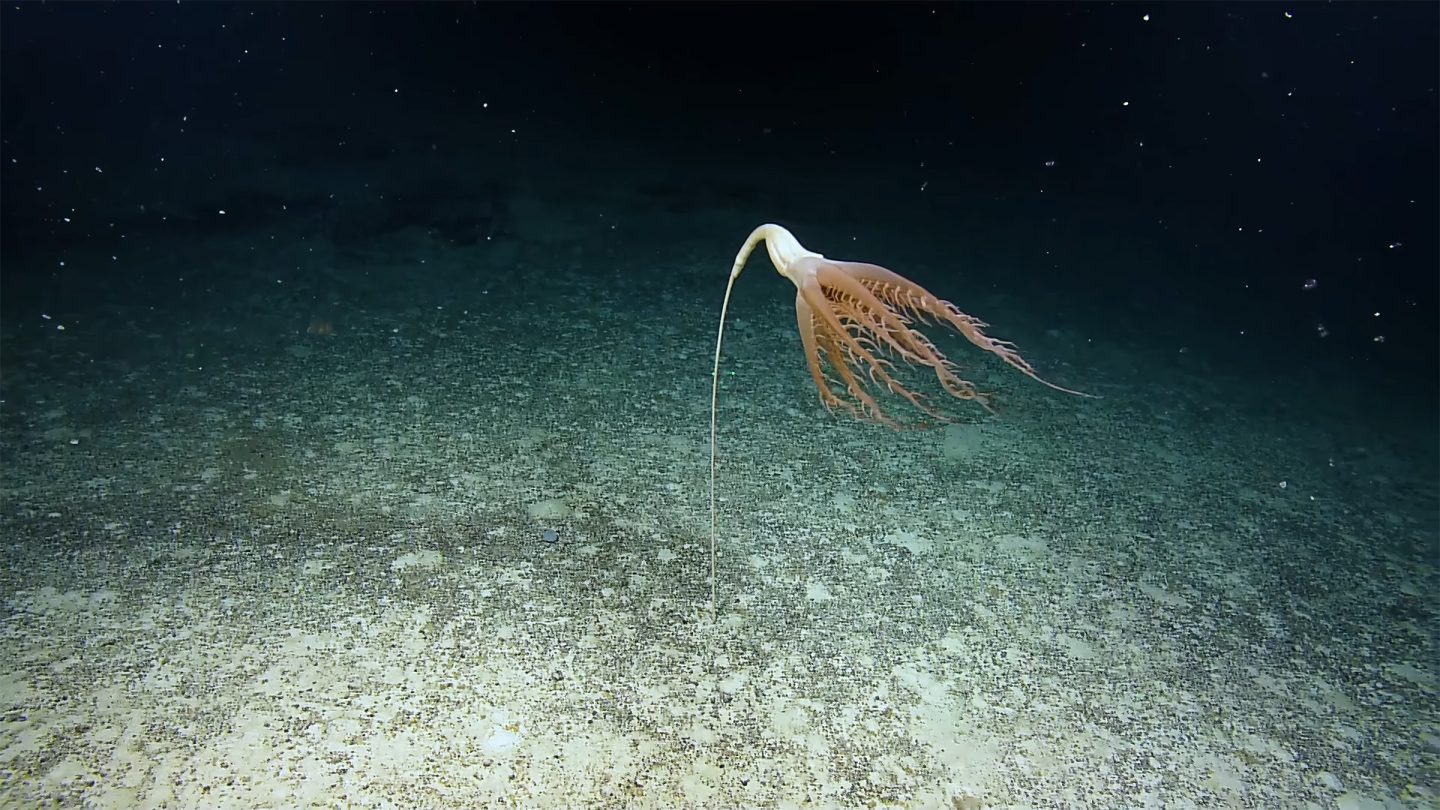 Nautilus Live, the same folks behind the video captured of a shape-shifting jellyfish in 2019, has released a new video. In the new video, the team converses over footage of a rare, 8-foot-long sea creature known as a Solumbellula Sea Pen. Sightings of this oceanic creature are so rare that this is the first time it has been spotted in the Pacific Ocean.

The Nautilus team has made quite a name for itself by showcasing some of the world’s craziest and freakiest underwater creatures. This newest sighting of the Solumbellula Sea Pen only continues that trend. Spotted at around 3,000 meters below the surface, the sea pen stretched out over 40 centimeters from its 2-meter-long stalk.

The discovery is magnificent, even if the sea pen looks a bit freakish sticking out of the sea’s sandy bottom. The creature is rare enough to have left the researchers watching the footage in awe. “My mind is blown right now,” one of the researchers quips in the video. Shortly after, the boat’s remotely operated vehicle (ROV) moves in closer to the creature.

Other scientists joined in, too, oohing and awing at the nearly 40-centimeter-long tentacles jutting out of the Solumbellula Sea Pen from its 2-meter-long stalk. From afar, the creature almost looks like a flower, waving in the underwater currents. They discovered the sea pen in an unexplored seamount north of Johnston Atoll.

This is the first time a Solumbellula Sea Pen has been discovered in the Pacific Ocean. As such, the researchers were excited to detail the discovery. Scientists recently broke the sea pen family into two names, with the name Solumbellula Sea Pen making the most sense for this particular creature.

Based on the size of the creatures, the researchers and scientists believe the sea pen may be rather old. However, dialing in on a specific age is impossible. Most sea pens typically mature around five or six years of age. From there, they can live for more than a decade. So, this Solumbellula Sea Pen may be within the seven to 10 years of age range or even older.

The researchers also discovered another Sea Pen nearby. However, they were unable to capture footage of it, too.