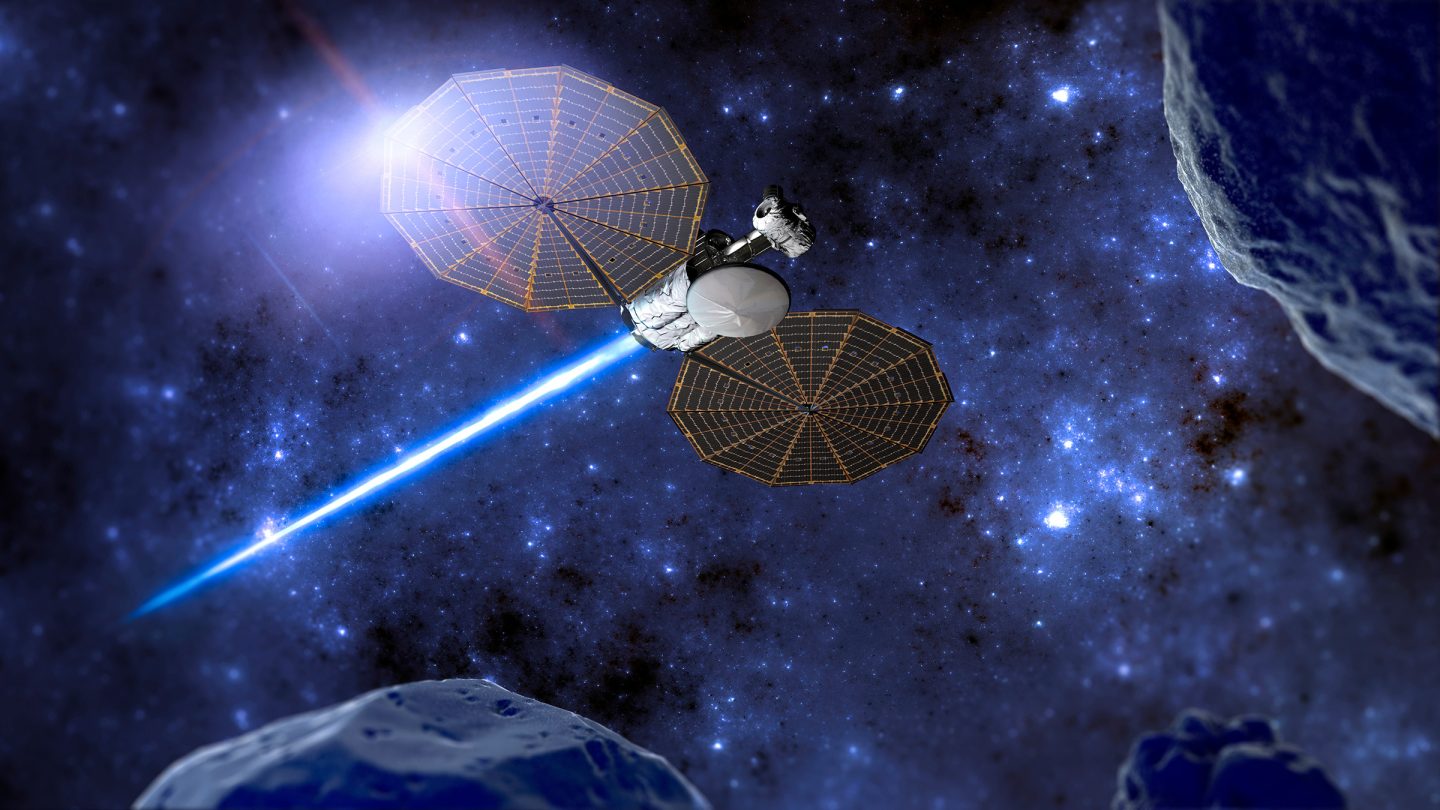 NASA’s Lucy spacecraft is set to slingshot around the Earth very soon. The space probe, which is destined to explore the Trojan Asteroids near Jupiter, will complete the slingshot on the first anniversary of its launch. The technique is needed to give Lucy extra orbital energy to reach those never-before-visited asteroids.

The Trojan Asteroids are trapped in orbit around the Sun and rest roughly the same distance from our star as Jupiter does. Using Earth to slingshot Lucy toward the asteroids will put the probe on a new trajectory for its upcoming two-year orbit. When that orbit ends, the space probe will need another Earth-assisted gravity maneuver.

For the upcoming slingshot technique, Lucy will approach Earth from the direction of the Sun, as NASA has outlined in a post about the maneuver. During this approach, Lucy’s scientists will take images of the Earth and the Moon to help calibrate the instruments on the probe. With Artemis I set to launch next month, the images could give scientists more information about the Moon as they head into the launch.

The second gravity assist will see Lucy slingshot around Earth so that it can fly past six Trojan asteroids, including Eurybates, its satellite Queta, and Polymele, its unnamed satellite, and the asteroids Leucus and Orus. Then, in 2030, Lucy will return to Earth for a third gravity-assisted slingshot maneuver.

NASA has Lucy set for a twelve-year spanning mission. During that time, the space agency hopes to learn more about the Trojan Asteroids. In 2030, when Lucy slingshots around Earth for the third time, NASA plans to re-target the probe to meet up with the Patroclus-Menoetius binary asteroid pair in the trailing Trojan Asteroid swarm.

The first gravity-assisted slingshot will bring Lucy closer to Earth than even the International Space Station, which NASA plans to crash into the Pacific Ocean in 2030. In case of space debris or space junk, NASA has devised two maneuvers to help keep the spacecraft from running into any problems.