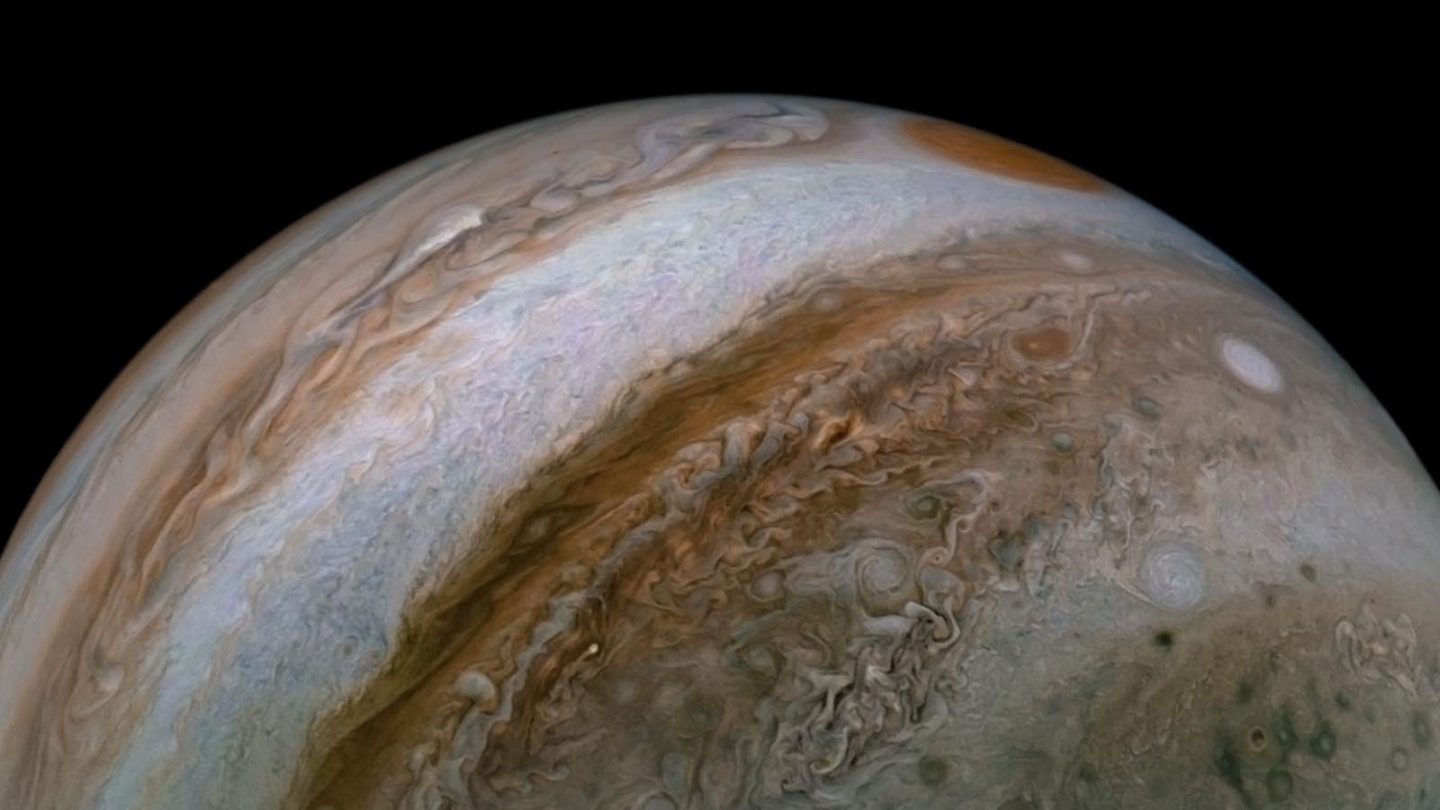 NASA’s June spacecraft completed its 40th close pass by the gas giant back in February. When it did, the spacecraft captured a startling image of a Jupiter solar eclipse as Ganymede passed between the Sun and the planet.

Check out this breathtaking photo of Ganymede’s shadow on Jupiter

The photo was captured as part of the Juno spacecraft’s ongoing observations. In the image above, you can see the long shadow of Ganymede as it casts a Jupiter solar eclipse across the planet. NASA says that anyone at Jupiter’s cloud tops within that shadow would have experienced a total eclipse of the Sun at the time.

The image shared was created by Thomas Thomopoulos using raw data from the JunoCam instrument, NASA says. The Juno spacecraft captured the Jupiter solar eclipse as it passed 44,000 miles above Jupiter’s cloud tops.

Juno took this image from a latitude of around 55 degrees south. At the time, Juno was 15 times closer than Ganymede, which orbits 666,000 miles away from Jupiter.

The image is a reminder of just how beautiful space is, and how often the Jupiter surface experienced solar eclipses. The gas giant experiences total eclipses of the Sun far more often than the Earth. That’s because Jupiter’s four major moons, often called Galilean satellites, passed between the planet and the Sun quite often.

Throughout their orbit, the Ganymede transits once, Europa transits twice, and IO transits up to four times, all in the span of seven days. Since these moons orbit close to Jupiter’s own orbital plane, their shadows often span across the planet.

Juno has been observing Jupiter for almost ten years now. The spacecraft has been a key part of our continued mission to learn about the gas giant. Previously, the spacecraft captured audio of Ganymede, revealing a haunting sound.

This image of a Jupiter solar eclipse is just the latest contribution that this spacecraft has made to what we know about the massive planet.

Juno will continue observing Jupiter until 2025, or the end of its life. NASA originally planned to end the mission in 2021. However, the space agency extended the mission at the last moment. As such, this image, and others like it, have only been made possible by the space agency’s drive to learn more and explore the solar system that we call home.