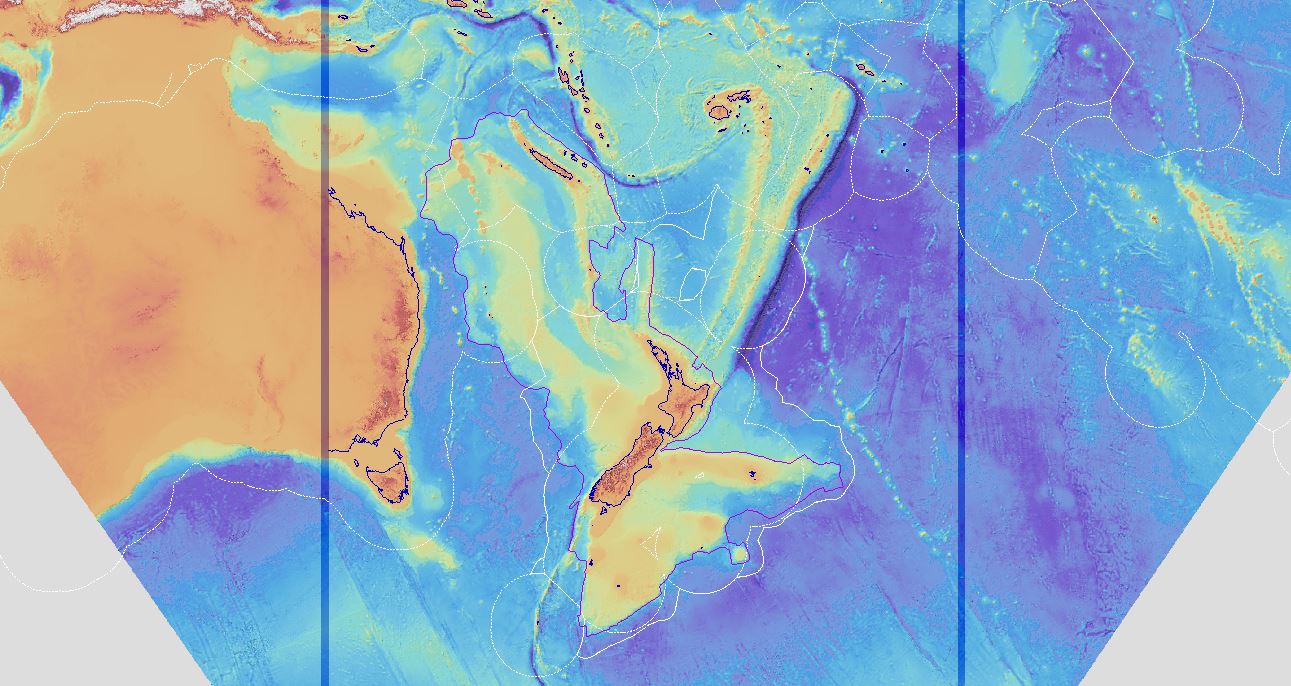 There’s a continent you’ve probably never heard of. It’s called Zealandia, and it’s almost totally covered in ocean water. The tiny bit of land that peeks above the ocean’s surface is what we know as New Zealand, but the landmass that New Zealand is a part of is much, much larger than we see on most maps.

Now, researchers from GNS Science have provided some stunningly detailed maps of the so-called “lost continent,” offering us a glimpse of how it compares to neighboring Australia, and how it might look if ocean levels weren’t as high as they are.

Zealandia has all the makings of a continent. There are highlands and lowlands. There’s a large flat plateau that, if it sat a bit higher, might have been a sprawling desert or grasslands. It’s huge, especially when compared to the size of New Zealand as we know it today.

“These maps are a scientific benchmark – but they’re also more than that. They’re a way of communicating our work to our colleagues, stakeholders, educators and the public,” Dr. Nick Mortimer, a geologist who led the map project, said in a statement. “We’ve made these maps to provide an accurate, complete and up-to-date picture of the geology of the New Zealand and southwest Pacific area – better than we have had before.”

These new maps of the area are especially cool because they allow us to imagine how this area of the world might look if the arrangement of the plates on its surface were a bit different. They’re definitely neat to look at, but they also have an important scientific purpose.

“Their value is that they provide a fresh context in which to explain and understand the setting of New Zealand’s volcanoes, plate boundary and sedimentary basins,” Dr. Mortimer says.

There are three versions of the map data available to view right from your browser. There’s a geoscience map, a tectonic map, and a bathymetry map. The tectonic one is interesting because it reveals how the major faults affected the shape of the submerged continent, but the bathymetry map is probably your best bet if you want to dream of what the continent might look like if it were above sea level.

The Earth is constantly changing. It’s a slow process, but the arrangement of the continents that we see today is a far cry from what they were 100 million years ago. Go back even farther and you’ll find all the continents mashed together into the supercontinent Pangea. If things shook out a bit differently, Zealandia might have ended up being a bustling continent instead of a submerged landmass.