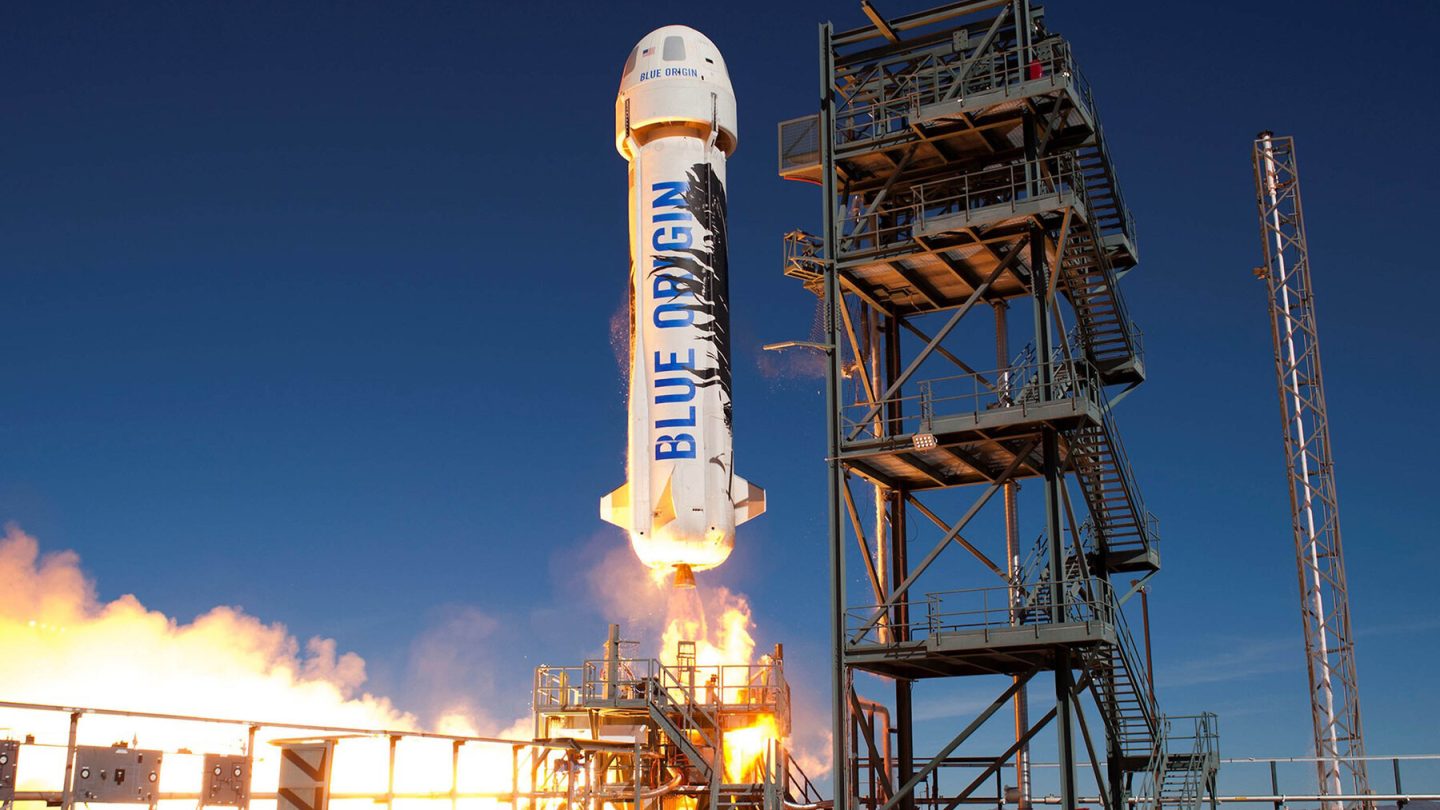 “It feels good to be in the flight suit,” Amazon founder Jeff Bezos declares, after having zipped himself into his sleek blue getup. The moment is captured in a new Instagram post on Bezos’ official account Monday, one day ahead of his trip to the edge of space Tuesday, July 20. That trip will come aboard the first crewed spaceflight in a New Shepard rocket, developed by Bezos’ space tourism company Blue Origin. The mission will actually be the 16th New Shepard flight to space but the first with passengers aboard. And the public can follow along online when the Blue Origin launch gets underway, less than 24 hours from now.

Bezos and three additional civilian passengers (including Bezos’ 51-year-old younger brother, Mark) will blast off from the Blue Origin Launch Site One near Van Horn, Texas. The launch will happen around 9 a.m. ET (weather issues could change that), and you can also along with the live stream at BlueOrigin.com starting at 6:30 a.m.

New Shepard flights usually last around 11 minutes. Once the crew lands back on Earth, Blue Origin’s website will stream a press conference with the passengers, the time of which has yet to be set. Mission updates will also be shared throughout the day via @BlueOrigin on Twitter.

According to the company, “Blue Origin’s Launch Site One is in a remote location in the West Texas desert, and there are no on-site public viewing areas in the vicinity of the launch site.” The Texas Department of Transportation will close part of State Highway 54 adjacent to the launch site. And safety officials will not allow spectators on the closed portion of the road during the launch.

From Amazon to rocketman

The vehicle that makes Bezos’ Blue Origin launch possible is along the lines of a traditional rocket. It will launch vertically, with a capsule that eventually detaches and returns to Earth via a parachute. While the larger booster rocket, meanwhile, returns for a vertical landing.

As far as Blue Origin itself, Bezos launched it broadly around a vision of eventually facilitating space tourism. His long-term ambition — or wild fantasy, depending on who you ask — is for humanity to be multi-planetary. With millions of people eventually living and working in space.

The additional passengers on Tuesday’s flight, including the Bezos brothers, include 82-year-old Wally Funk. Tomorrow, she’ll set a record as the oldest-ever astronaut. And her trip will fulfill a dream that was sidelined after she joined the Mercury 13 program in her 20s. She trained with a group of other women, but the program was eventually scuttled. Even before her flight tomorrow, however, she’s already been setting records throughout her career. She was the first female National Transportation Safety Board air safety investigator, for example. She was also the first female FAA inspector.

Rounding out the crew will be 18-year-old Oliver Daemen. Who, incidentally, will set another record that corresponds to Funk’s. She’ll be the oldest-ever astronaut tomorrow, while he’ll be the youngest.

Daemen’s father, founder and CEO of a private equity business, bought his son a ticket for tomorrow’s Blue Origin launch, according to CNBC.

Our first human flight on Tuesday will be the 16th flight in #NewShepard’s history. Learn about the meticulous & rigorous launch program that brought us to this first step. Watch the launch live on https://t.co/7Y4TherpLr, starting at 6:30 am CDT / 11:30 UTC. #NSFirstHumanFlight pic.twitter.com/xWQRYLikZd