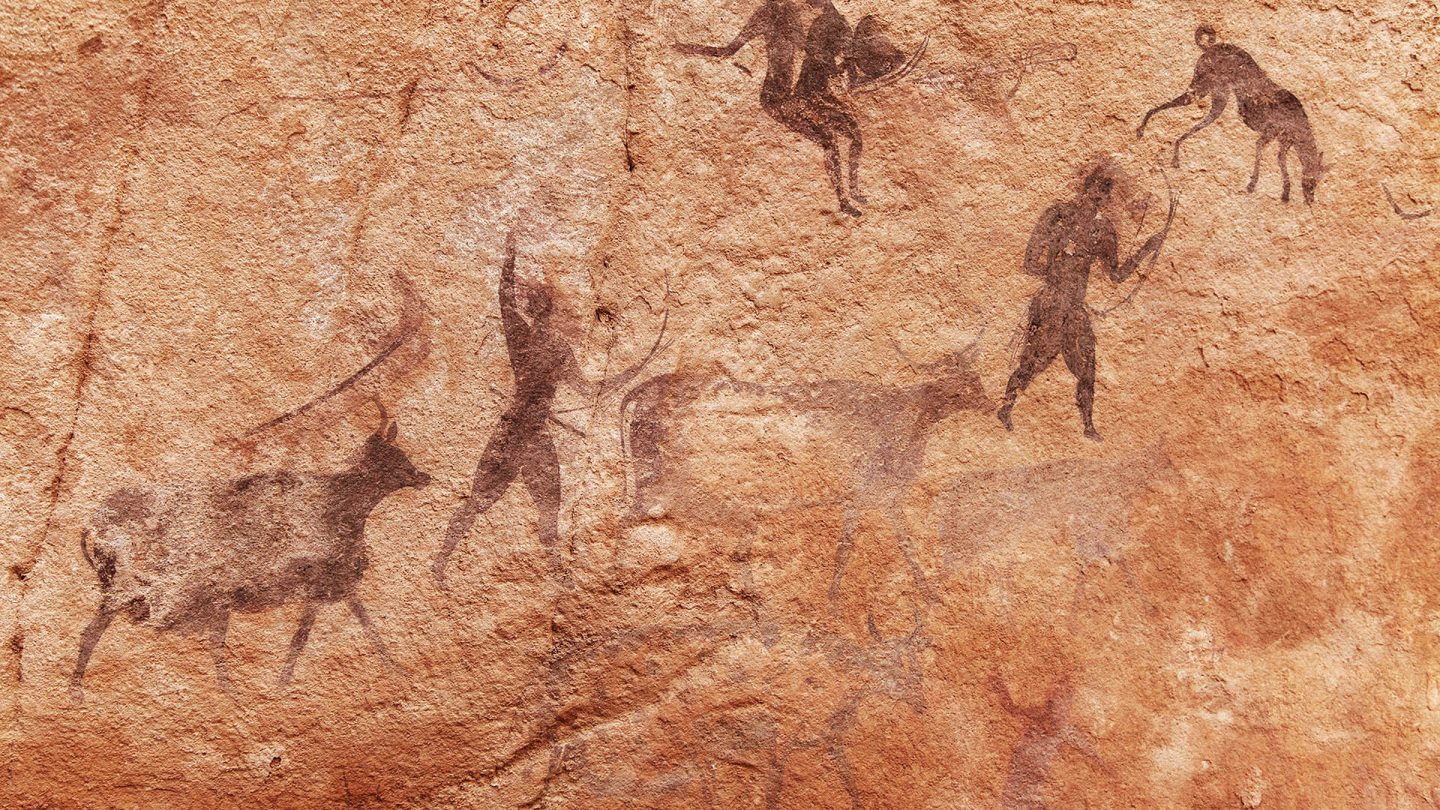 Back in 2018, archaeologists discovered 52 previously undocumented rock shelters in the Swaga Swaga Game Reserve located in central Tanzania. The shelters all appeared to have been painted with rock art, however, weathering had destroyed most of them. One stood out, though, thanks to the alien-like cave paintings that it contained within.

They found the alien-like cave paintings inside of a shelter known as Amak’hee 4. The site is elaborately covered with rock art, including three mysterious figures with massive, oversized heads.

The archaeologists who discovered the figures weren’t sure what to make of them. Maciej Grzelczyk of the Jagiellonian University in Poland says they could be the key to understanding other similar figures found in Tanzania. The scientists believe the rock art is tied to the ancestors of the Sandawe people that inhabit the area.

The age of the alien-like cave paintings is also unclear, Grzelczyk notes. He believes they must be at least a few hundred years old, though. And, based on the pigment and weathering, as well as the absence of domesticated animals, the paintings may date back to the time of hunter-gatherer societies. That would make them a few thousand years old.

One of the most challenging parts of this discovery, though, is determining what the figures are. When looking at them, the massive heads appear to be similar to buffalo heads. However, the culture in the area doesn’t have any motifs that point towards shapeshifters turning into buffaloes or vice versa. Grzelczyk did note that buffalo horns play a vital part in Sandawe rituals.

As such, the alien-like cave paintings may point toward people wearing buffalo headdresses as part of a ritual. However, Grzelczyk says it is unclear based on the imagery that we’ve discovered so far.

Another intriguing thing about these three figures is that they appear to be connected to other figures found in rock art in Tanzania. In the Kondoa region in central Tanzania, archaeologists also discovered two rock shelters with similar alien-like cave paintings. These other figures don’t feature solid heads, though.

Instead, these other alien-like cave paintings feature multiple lines where the heads are. However, they share other similarities with the ones found in Amak’hee 4. Like Amak’hee 4, the ones in Kolo B1 and Kolo B2 feature a line drawn through all three figures, connecting them.

Local communities also have some knowledge of the new sites, which means they could provide additional context around the alien-like cave paintings found in Amak’hee 4.