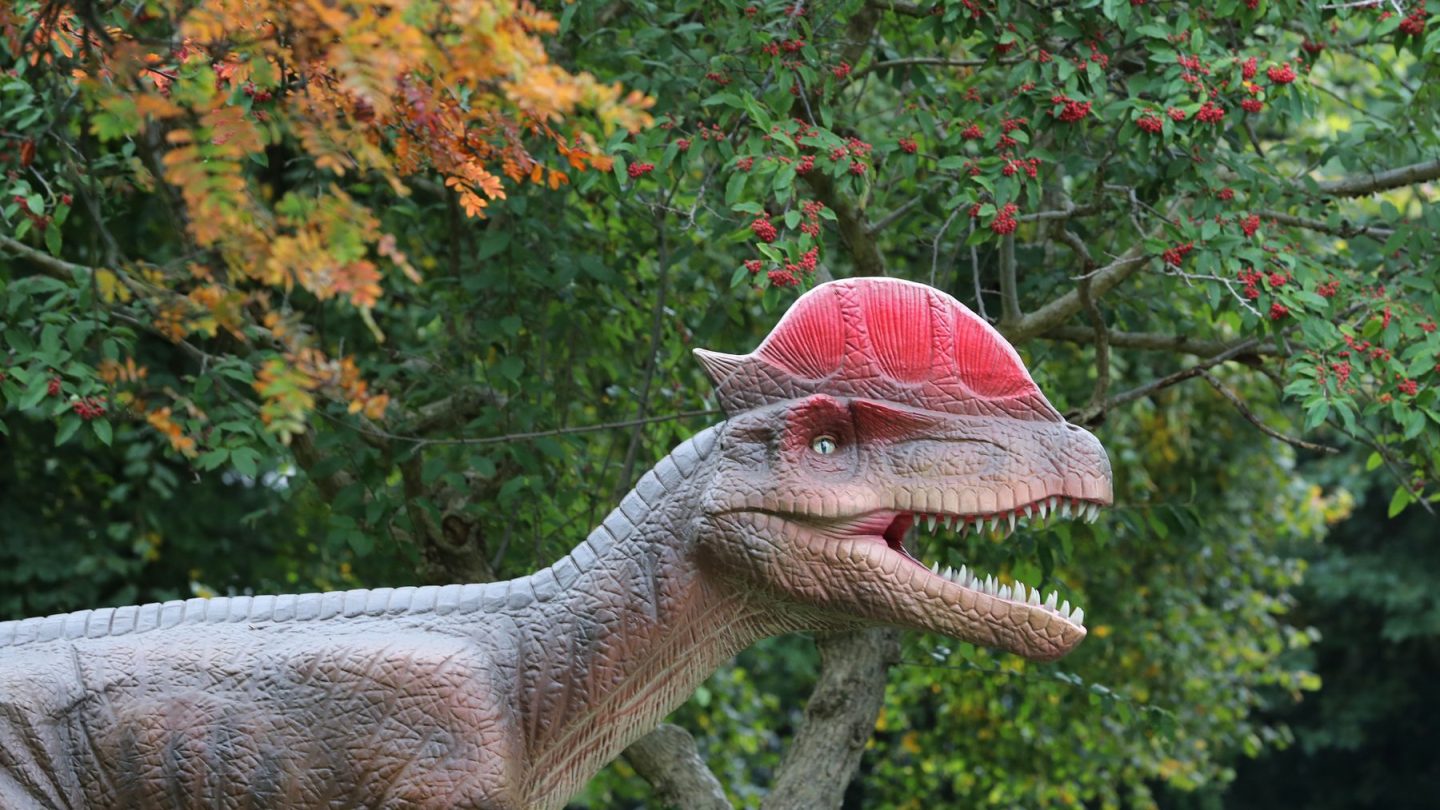 There are plenty of dangers that the visitors of Jurassic Park have to deal with during their ordeal on the island. The ones that stick in your mind are probably the mighty T. rex and of course the nefarious velociraptors, but the Dilophosaurus takes center stage for one of the more memorable death scenes in the film, dispatching the sleazy Dennis Nedry with a blast of venom and a visit to the passenger seat.

What you might not know is that the depiction of the Dilophosaurus in the films is almost entirely fiction. In fact, researchers didn’t know much about the species at the time the film and book were released, and now that a couple of decades have passed, scientists are painting a much more accurate picture of what the creatures were actually like.

In a new paper published in the Journal of Paleontology, researchers reveal their findings after examining the mere handful of high-quality Dilophosaurus skeletons that have been discovered thus far. As the paper explains, the dinosaurs were nothing like they were depicted in the movie, aside from the crest on top of their head.

“Dilophosaurus wetherilli was the largest animal known to have lived on land in North America during the Early Jurassic,” the researchers write. “Despite its charismatic presence in pop culture and dinosaurian phylogenetic analyses, major aspects of the skeletal anatomy, taxonomy, ontogeny, and evolutionary relationships of this dinosaur remain unknown.”

The pint-sized dinosaurs in Jurassic Park were a great deal smaller than the real deal. The actual Dilophosaurus could reach up to 20 feet in length and is thought to have been the largest land animal of the time, towering over much smaller prey and definitely not spotting venom at them. As for the iconic ridges on top of the creature’s skull, those are very much real, but still not exactly as they appeared in the movies.

On the silver screen, the ridges are thin and narrow, looking as though you could bend the right off with little effort. In truth, the crest was well-reinforced with air sacs that provided rigidity. Those same air sacs were also found in the skull, indicating that the animals had powerful muscles controlling their jaws. The team also says that these air sacs may have been used in displays to attract mates, as is the case with some modern birds, though we can’t know for certain.