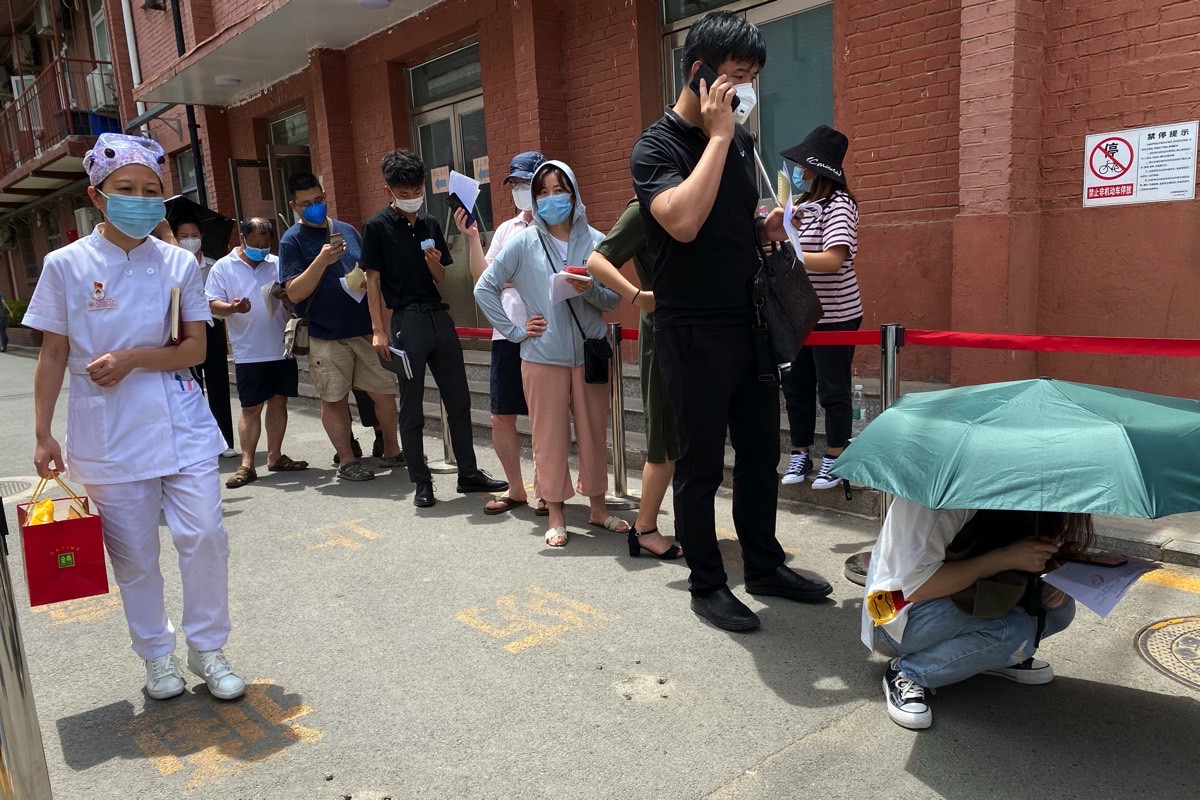 Chinese authorities confirmed a new case of COVID-19 in Beijing last Thursday, the first novel coronavirus infection in the country’s capital in more than 50 days. The worst part about the revelation was that the patient had not been in contact with anyone who traveled to other regions, and he had not been traveling either.

That could only mean that the virus was already spreading quietly, and measures were required to attempt to stop the new community transmission in its tracks. China moved quickly to test Beijing residents and found multiple new cases. The government announced strict “wartime” measures for the Beijing area to prevent the city from experiencing a Wuhan-like outbreak.

Officials confirmed six new cases on Friday. By Monday, the total number of COVID-19 cases in the new Beijing cluster reached 79, including 36 confirmed on Monday alone.

The cases are reportedly linked to a market, as was the situation in Wuhan. The Xinfadi market in the southwest of the city supplies most of the fresh fruit and vegetables in Beijing, but also sells meat and seafood. The market was shut down on Saturday after authorities found traces of the virus on salmon chopping boards. The imported fish was removed from various supermarket chains.

Beijing’s municipal government spokesman Xu Hejian described the unfolding events as “an extraordinary period” during a press conference on Sunday, per CNN. Vice-Premier Sun Chunlan said the risk of spreading was “very high.”

Fengtai district, where the market is located, announced a “wartime mechanism” and a local command center to curb the transmission. Several officials were dismissed, including the deputy head of the Fengtai district and the general manager of the market. Eleven residential compounds were placed on lockdown, with residents prohibited from leaving or entering. Temperature checks will be performed routinely and reported daily, with food and supplies to be delivered to them on a daily basis.

Chinese authorities also started a massive testing campaign in the capital to find cases. More than 76,000 people were tested on Sunday at 193 sampling booths set up across the city, with 59 people testing positive, according to Xu’s remarks on Monday.

The official said 30,000 samples were collected from people who had been at the market in the 14 days before the closure, and the 12,000 tests that have been processed so far came back negative. Fengtai district collected samples from nearly 9,000 people who worked at the market, with 6,000 of them having returned negative results.

As with the figures China reported previously, it’s unclear whether they can be trusted.

“There is no way Beijing becomes Wuhan 2.0,” editor-in-chief of state-run Global Times Hu Xijin said on Twitter. “The world will see China’s powerful capacity in controlling the epidemic, including (the) government’s strong leadership, respect to science, public’s willingness to cooperate, and nationwide coordination of control measures. We will win again.”

China’s lack of transparency can be criticized, but the country’s mobilization to stop the outbreaks has been effective. China recently announced it had tested nearly 10 million people of Wuhan’s 11 million population over fears of a second wave. Authorities reported 300 asymptomatic cases who were reportedly not contagious, and which were not added to the official tally of cases.

Previously, the country enforced lockdown measures in a northern province after a spike in cases.

Beijing authorities are now trying to trace the origin of the virus. A researcher with the Beijing Center for Disease Prevention and Control said the virus genome matches strains found in Europe, suggesting the new cases were imported. China recently disputed conspiracy theories that say COVID-19 escaped from a Wuhan research lab, but also said the infamous Wuhan market isn’t the actual source of the virus.

Officials have yet to explain when and where the first cases appeared.