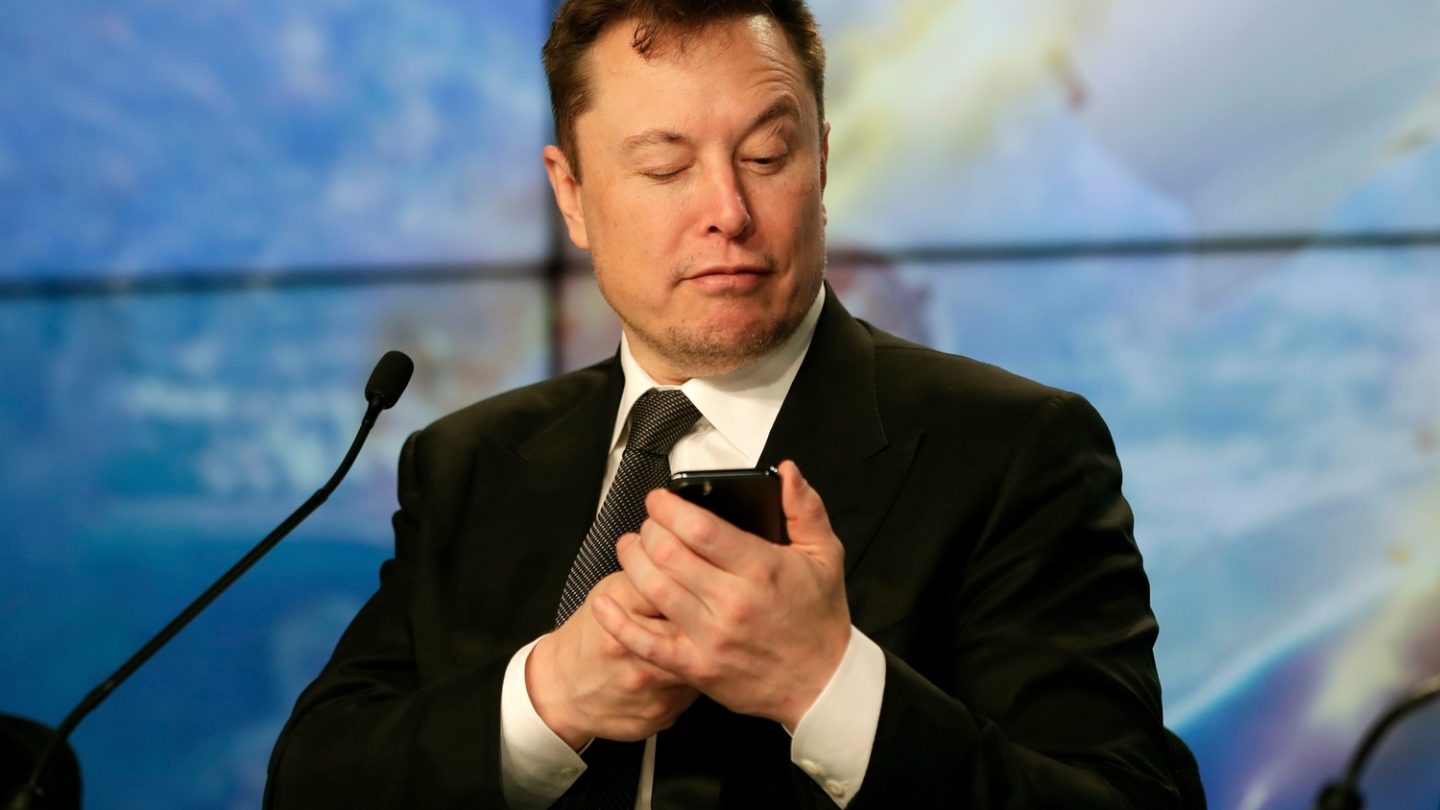 As of the time of this writing, Elon Musk’s tweet from Friday afternoon calling coronavirus panic “dumb” has been liked more than 1.6 million times on Twitter.

That 5-word tweet is as good a Rorshach test as any for public assessment of the Tesla CEO. I agree with that tweet, some of you might respond — irrational panic, after all, probably does more harm than good and leads to unhelpful outcomes. Then again, others of you might regard the tweet as irresponsible, at a minimum, and that the brash billionaire is using the powerful megaphone of his Twitter account (which has almost 32 million followers) to spread the wrong kind of cautionary message we need right now. A reminder, per Reuters: The number of confirmed coronavirus cases worldwide has now passed 100,000 across more than 90 countries. And more than 3,400 people have died.

As expected, Elon has attracted a fair amount of criticism for the tweet, which comes amid news coverage from recent days highlighting flaws in the response so far from the Trump administration:

I am in Andy Grove's team. Time will tell if I chose the right hero here.

I'm the biggest Elon Musk fan and he is so wrong to tweet this, he is probably doing it because he doesn't like how the virus has negatively affected his company revenues etc he's already successful but guess more money is always more important than lives to some people🤷‍♂️

The worries of the poor look dumb to the rich.

Elon should take his wife to Italy this weekend and go walking around the cities ….

Let’s contrast this tweet, meanwhile, with a considerably different response from another CEO — Apple’s chief executive, who in a memo obtained by Bloomberg described this “as a challenging moment” for the iPhone maker and that the coronavirus outbreak is an “unprecedented event.”

Tim Cook’s memo was sent to Apple employees over the weekend and encourages them to “please feel free to work remotely if your job allows” from March 9-13. It’s a policy meant to impact “areas with the greatest density of infections,” Cook wrote, adding that Apple is “making a major effort to reduce human density and ensure those teams that are on-site can do their work safely and with peace of mind.”

Couple this with Apple moving swiftly early on to close stores in China and take other steps in response to the spread of the virus, and it makes for a stark contrast with a glib statement about panic being “dumb.” Over the weekend, statistician Nassim Nicholas Taleb shot back on Twitter in response to Elon’s tweet: “Saying the coronavirus panic is dumb is dumb.”

Taleb is the author of The Black Swan, a book published in 2007 about rare but high-impact events that seemed to foreshadow the Great Recession that would come the following year. On Sunday, Taleb tweeted the following passage from the book: