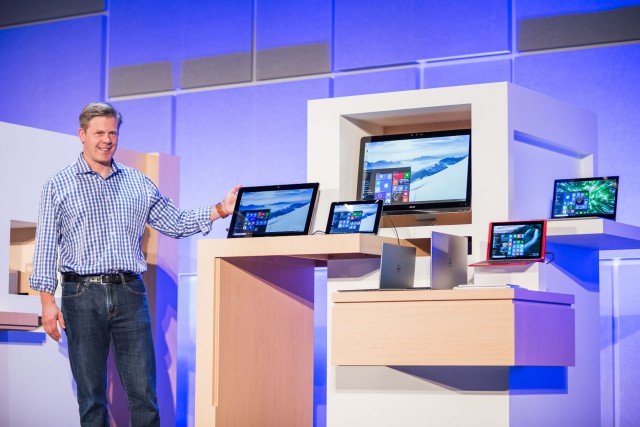 In typical Microsoft fashion, the weeks leading up to the July 29 launch of Windows 10 has been fraught will confusion and, at times, contradictory information. Even an issue as seemingly straight forward as upgrade eligibility has been subject to changing speculation.

The most recent issue concerning Microsoft’s upcoming OS deals with new terms which were found in the latest build of Windows 10.

The Software periodically checks for system and app updates, and downloads and installs them for you.

You may obtain updates only from Microsoft or authorised sources, and Microsoft may need to update your system to provide you with those updates.

By accepting this agreement, you agree to receive these types of automatic updates without any additional notice.

So basically, if you’re an everyday Windows user, your machine will download system software updates behind the scenes with no notice required.

“Microsoft’s intention is that users will be always up-to-date, not only with security patches, but also with feature updates,” Tim Anderson of The Register reports. “This makes it easier for the company to keep pace with changing technology, and provides developers with a more consistent target for applications.”

From a security standpoint, this is certainly a welcome change.

There is, however, a potential downside to automatic, behind the scenes updates.

Because software updates, even seemingly minor ones, can have unintended consequences on system-wide apps, there is the risk that Microsoft might push out a security or feature update that could adversely affect important projects and the functionality of key applications. There’s also the risk that updates might affect the functionality of peripherals given how temperamental drivers can often be.

Apple, in contrast, requires users to pro-actively accept all system software updates. What’s more, system software updates on OS X, no matter how minor they are, come with detailed information regarding what exactly the update is. This level of information is especially useful for users working on important movie or photo workflows who would rather finish up their ongoing project before subjecting their computer to an update which might have unforeseen consequences.

Notably, automatic software updates will only be pushed out to Windows 10 Home users as Windows 10 Professional users will not be affected.

At the very least, we can only hope that Microsoft’s updates are “smart” in the sense that they’ll only be downloaded when a user isn’t in the middle of something important, much like how app updates on iOS will typically install during the wee hours of the night.