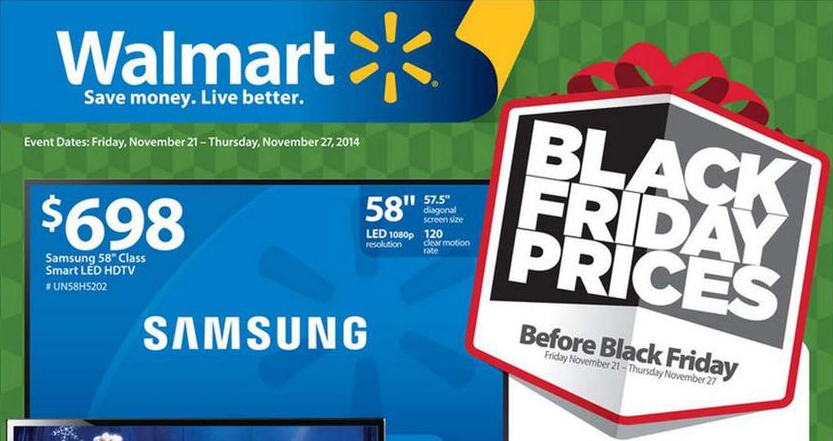 After announcing on Wednesday that it’ll offer a week of extended pre-Black Friday deals starting November 21st, with special prices on some hot items including the iPad Air 2 and iPhone 6, Walmart has kicked off its big sale with official prices on other electronics that tech fans might be looking for this holiday season.

While Walmart will no longer be tricked into selling users a PlayStation 4 for as cheap as $90, the company does have an interesting deal for gamers looking to pick up the console, as seen in the following list:

Additionally, here are the prices Walmart already announced for some of the electronics included in the special sales event that kicks off on Friday at 8 a.m.:

Walmart’s full Black Friday 2014 ad is available at this link.