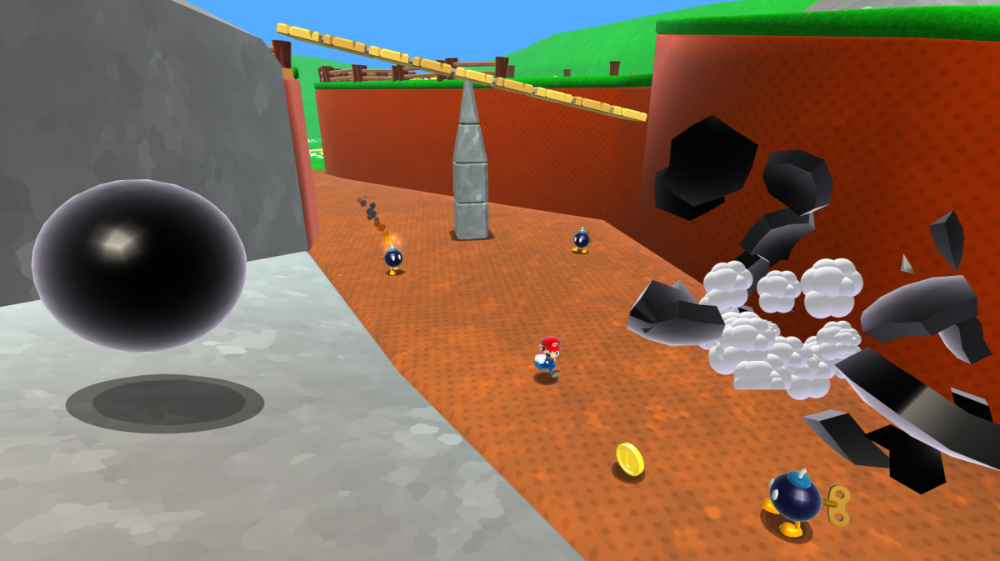 It’ll be a while until you’ll be able to play Nintendo games on mobile devices, but that doesn’t mean you have to hurry and purchase Nintendo hardware to get a quick Mario fix. In fact, there’s a way of running Super Mario 64 on your browser right now, no matter what operating system you use.

DON’T MISS: The iPhone 6 might be low-res, but Apple’s highest-resolution device ever is coming soon

It’s not the genuine Super Mario 64 version, as a developer recreated the first level of the game as a proof-of-concept demo for a Super Character Controller project for Unity. Nonetheless, it’s playable on any browser (on Windows, Mac and Linux) as long as you have Unity web player installed.

“Everything is just as you remember, except some really minor stuff that nobody cared about like red coins or the Wing Cap or the Big Bob-omb,” developer Roystan Ross said on his blog. “Replacing them are crowd pleasers like giant springs and coin blocks.”

Interestingly, the game supports gamepads too in case you want an even better Mario experience.

Unfortunately, while the game is available to anyone looking to re-experience the Super Mario 64 world, the developer doesn’t plan to recreate other levels at this time, so you’ll only have access to the first part of the game.

A video of the game concept follows below, with more details about it available at the source link.