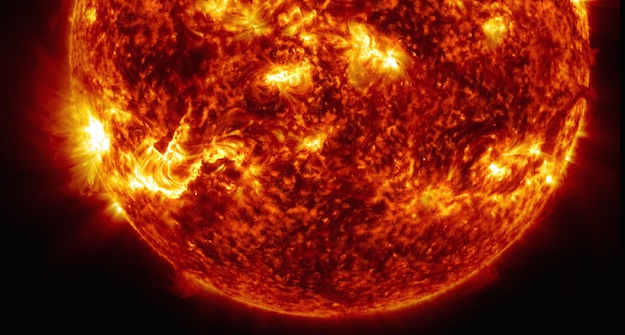 NASA treated us to a post-halloween surprise on Sunday with a new 30-minute video showcasing stunning shots of the sun taken in 4K quality. The was taken from NASA’s Solar Dynamics Observatory (SDO), a spacecraft which launched back in 2010.

“SDO captures images of the Sun in 10 different wavelengths, each of which helps highlight a different temperature of solar material,” NASA’s YouTube channel explains. “In this video we experience images of the Sun in unprecedented detail captured by SDO. Presented in ultra-high definition video (4K) the video presents the nuclear fire of our life-giving star in intimate detail, offering new perspective into our own relationships with grand forces of the solar system.”

The resulting video is mesmerizing and took approximately 300 hours of work to put together. As the intro to the video explains, it took a team of media scientists 10 hours to create just one minute of video footage, clearly making this a labor of thermonuclear love and art.