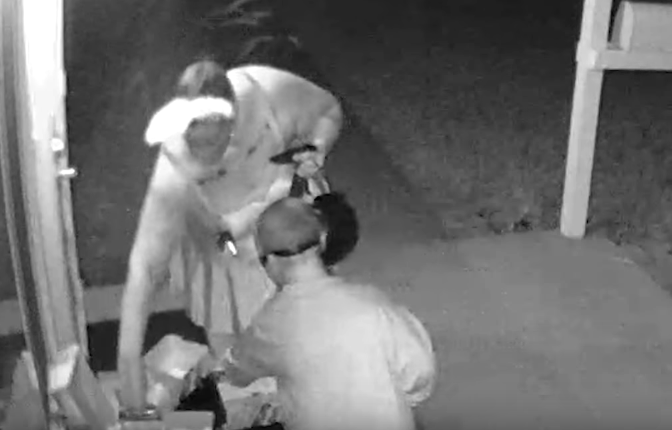 Have you ever wondered what would happen if you just put a bunch of candy out on a table outside your house on Halloween and asked trick-or-treaters to follow the honor system? That’s what YouTube user InternetLasers did this year and it turns out that most people who stopped by the table respected their wish to be considerate when taking candy. Unfortunately, all it took was one bad mother to ruin a good thing for everyone. And unfortunately for the mother, she was caught on video and is now being shamed by the entire Internet.

FROM EARLIER: Meet Sirius B, an iPhone 6s-sized Windows 10 PC that might replace your desktop

As you can see, several trick-or-treaters obeyed the honor system and took modest amounts of candy. Everything was going well until a mother in a bunny suit came on the scene and proceeded to shovel every last piece of candy into her plastic caldron. The next kid to come along looks forlornly as he realizes that there will be no candy for him.

At any rate, we’re sure that this woman is getting the same level of Internet hate that the Pharma Bro and the dentist who killed Cecil the Lion received. Her crime is much less severe than the ones those two distinguished individuals committed, of course, but it’s nonetheless a pretty classless move.