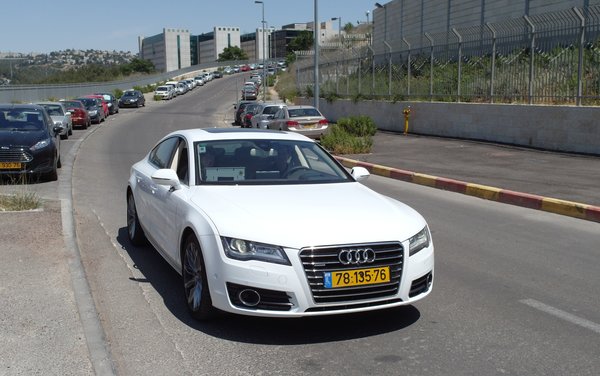 Driverless cars have the potential to drastically reduce accident rates and saves hundreds of thousands of lives worldwide each year. Google has been hard at work making autonomous vehicles a reality but its fleet of vehicles is equipped with a large array of bulky cameras and sensors that cost thousands of dollars, making mass production unlikely. Due to the high cost, earlier reports claimed the technology isn’t expected to go mainstream until 2025, however an Israeli company has created a relatively low-cost system that could see self-driving cars come to market sooner than we thought.

Mobileye Vision Technologies created a self-driving system for the Audi A7 car with only “a few hundred dollars’ worth of materials.”

“The idea is to get the best out of camera-only autonomous driving,” said Gaby Hayon, senior vice president for research and development at Mobileye, in an interview with The New York Times.

Unlike Google’s self-driving system, which can merging onto freeways, make turns and even pass slower vehicles, Mobileye’s technology can only handle driving in a single lane at highway speeds, accelerating and stopping at traffic lights. It can be easily commercialized, however, due to the low overall cost.

“You cannot have a car with $70,000 of equipment and imagine that it will go into mass production,” Mobileye founder Amnon Shashua explained.

Mobileye has partnered with more than five major automakers to offer a limited system this summer. The technology includes a feature known as “traffic jam assist” that allows vehicles to drive safely in stop-and-go traffic, although drivers are required to keep their hands on the wheel. The company is planning to introduce more advanced systems that will include highway driving support as soon as 2016.