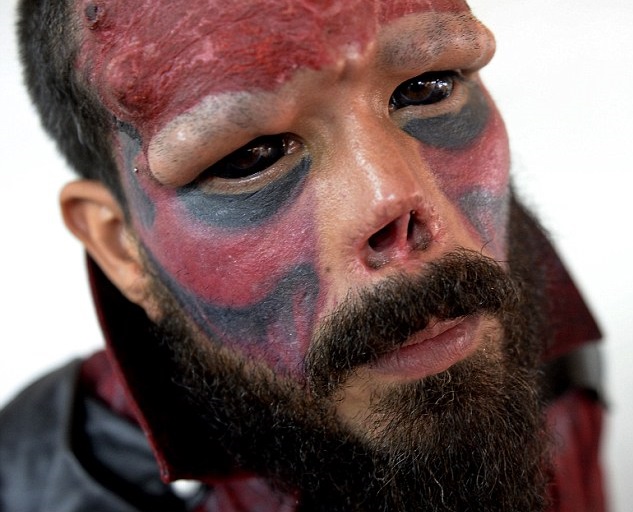 Ever get a tattoo or piercing that you’ve later regretted? Well, whatever you did has absolutely nothing on a 37-year-old comic book fan from Venezuela who has radically reconstructed his face to look like the Red Skull, a Marvel super villain best known as Captain America’s arch-nemesis.

FROM EARLIER: The full-length teaser trailer for Marvel’s Daredevil series has arrived

The Daily Mail informs us that Henry Damon of Venezuela underwent surgery that removed a huge chunk of his nose and that involved placing several subdermal implants into his forehead to make him look more like the severely deformed villain. As you can see in the picture at the top of this post, Damon now positively looks like a freak and we can’t imagine that this sort of thing will look any better with age.

Amazingly, Damon is married with two children and he’ll now at least be the perfect person for his kids to bring along while trick-or-treating.

Learn more about Damon’s insane surgery by reading The Daily Mail’s full report at the source link below.