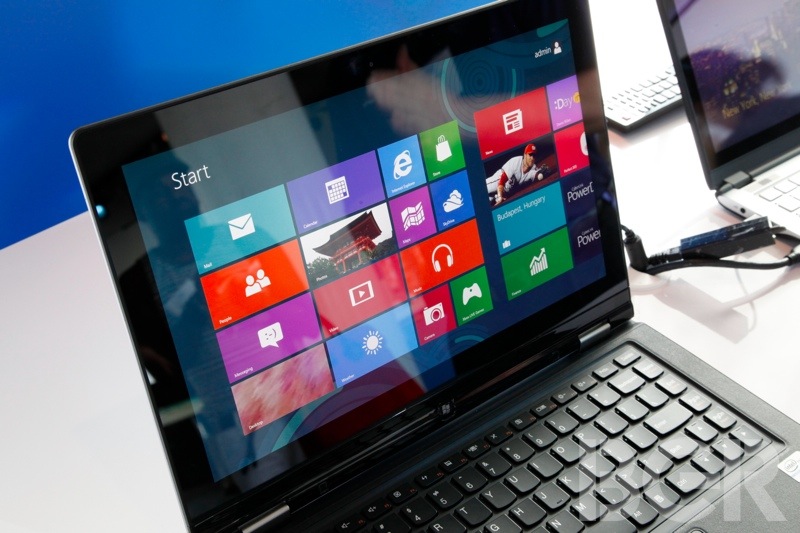 Throughout this year of gloomy PC sales, one constant has remained: Lenovo has been the only vendor whose shipments have either held steady or have actually grown. IDC’s latest report on PC sales illustrates this trend in particularly stark terms, as Lenovo was the only PC vendor to post a year-over-year increase in PC shipments in Europe, the Middle East and Africa. In all, IDC found that Lenovo’s PC shipments in Europe, the Middle East and Africa grew to 2.6 million in the second quarter of 2013, a 19% increase from the 2.2 million PCs it shipped in Q2 2012. Over the same period, IDC found that HP’s PC shipments fell by 23.2%, Acer’s shipments fell by 42.2% and ASUS’s shipments fell by 38.5%. In fact, the only major PC vendor other than Lenovo that didn’t post a yearly decline of more than 20% was Dell, whose PC shipments declined by a comparatively small 9%. IDC’s press release follows below.

LONDON, July 18, 2013 — New research from the International Data Corporation (IDC) Europe, Middle East and Africa Quarterly PC Tracker shows that PC shipments in Europe, Middle East, and Africa (EMEA) continued to contract in the second quarter of 2013 (2Q13) as high levels of inventory and slow consumer demand constrained new purchasing by channel partners and enterprises remained under economic pressure, leading to a 22.2% decrease in overall PC shipments compared to the same quarter last year. EMEA PC shipments reached 19.6 million units in the second quarter of 2013, with portable PC shipments at 12.4 million, declining by 26%, and desktops at 7.2 million, down 14.6%.

“The second quarter continued to be impacted by large inventory in several countries. April and May were weak as expected as most vendors, retailers, and distributors focused on stock reduction, and while June was supported by starting replenishment ahead of the back to school and product transitions, the volume of new orders remained constrained as caution prevailed in particular in retail,” said Chrystelle Labesque, research manager, EMEA Personal Computing. “The PC market is going through a major transition with evolving form factors and a larger product portfolio, but the expansion of the overall client device market continues to drive increasing consumer spending and will also support key opportunities for the industry in the commercial space.”

In Western Europe, PC shipments declined as expected by 21.2% year on year. Performance across most countries was in line with anticipations, impacted by consumer softness and the inventory situation at the beginning of the quarter. The U.K. continued to hold better at -14%, while Germany decelerated -18.7%, impacted by the slowdown in consumer demand, and retail caution, while France remained the softest at -20.9%. Southern Europe remained the most affected by difficult economic conditions, with Spain for instance down -43.7%, while the Nordics slowed, also impacted by the market transition. After continuous deterioration quarter over quarter, desktops seemed to have reached a softer landing phase, decreasing -13.4%, proportionally less than notebooks, which continue to be impacted year on year by the decline in mini-notebook volumes in 2Q12.

“The evolution of form factors and the change in perception of mobile computing to ‘always on and always connected’ devices, development of social networks and Internet infrastructure, are all changing consumer behavior impacting the way PCs are utilized,” said Maciej Gornicki, senior research analyst, IDC EMEA Personal Computing. “While Windows-based hybrid devices, convertible or ultraslim notebooks with touch capabilities generate a clear interest, sales remain weak. Price remains one of the main inhibitors, and adoption in the commercial space is also slow for cost reasons and due to longer decision-making processes. With more attractive pricing anticipated for the end of year holiday season, however, IDC expects stronger uptake in the Ultraslim Notebook category in 4Q and into 2014.”

“For the second consecutive quarter in 2013, PC markets in both Central and Eastern Europe (CEE) and the Middle East and Africa (MEA) have posted annual shipment declines of 27% and 18%, respectively,” said Stefania Lorenz, associate VP, IDC CEMA Systems. “This contraction was even greater than IDC had forecast earlier. The MEA region was affected by continual political instability and economic uncertainty, which influenced PC purchase decisions in both the public and private sectors. Consumer spending also contracted across the region, particularly in Turkey, Saudi Arabia, South Africa, and the UAE. Exchange rate depreciation and large held-over inventory in the channels limiting retail shipments, as well as new labor laws in KSA, all negatively affected PC demand. On the other hand, demand for tablets is expected to continue to grow in both regions. In fact, increased interest in tablets was one key inhibitor to PC market growth in CEE and MEA in the first half of 2103, along with high back-stock levels from the previous quarters.”

The PC market remains challenging, with continued traction on tablets and new devices while new form factors have yet to create the awaited stimulus to drive demand for renewals despite the better user experience they offer. The transition to Windows 8 and touch-enabled devices remained slow, and the high cost of those platforms continue to inhibit more robust growth. New CPU platform launches such as Haswell and Temash/Kabini did not create any measurable impact for lighter notebooks and the price point evolution did not sustain greater adoption either. In the commercial space, investments remained very cautious and renewals occurred on only a case by case basis, directly impacting results that were overall mixed by country, segment, and vendor.

The PC ecosystem is in transition and the new value proposition does not yet appear compelling enough to fuel new purchases or refresh cycles. As consumers own multiple devices and enterprises maximize their investments, PC lifecycles are elongating. While the new Windows 8.1 release will allow a smooth update for Windows 8 devices, it isn’t expected to drive a major boost in the second half. The end of Windows XP support should, however, generate some positive impulses in the commercial space. This renewal cycle should sustain volumes in the second half of 2013 in the commercial area.

HP maintained a strong lead in EMEA despite a slightly higher contraction than market average. The focus on stock reduction constrained the vendor’s shipments in the consumer space, with many countries marked by double-digit declines, while the anticipation of back to school and the introduction of new products supported improved June results. Commercial shipments were more solid in all subregions, especially for desktops, thanks to regained focus on execution after a period of strategic changes.

Lenovo continued to gain share and consolidated its second place in the overall EMEA ranking while remaining the only vendor growing within the top 10. The vendor continued to gain share in the consumer space, with an extended product portfolio and increased retail presence, while continuing to deliver a strong focus in the commercial segment. While its position by country continues to differ greatly, Lenovo has replicated its success quarter after quarter, gaining share across all subregions.

Acer maintained third position with a performance that continues to be impacted by slow consumer demand and the disappearance of mini-notebooks, which constituted significant volumes for the vendor last year, replaced by new tablet volumes this year. Acer, however, started on a strong new product roll out especially of ultrabooks and tablets that are gradually ramping up in volume.

Dell again deployed sustained performance above market growth and kept fourth position in the overall ranking. The vendor maintained firm positions in the commercial space thanks to a strong execution focus and an expanded portfolio. The vendor is also regaining some share in the consumer space which has also contributed to support the vendor’s overall performance.

Outside the top 5 vendors, Toshiba regained sixth place in comparison to the previous quarter with an aligned to market performance supported by a good product lineup. Samsung came seventh in the overall EMEA ranking, with a decline of 20.4%, gaining 0.1% market share. Apple benefited from several product refreshes but volumes remain impacted by the overall slowdown in consumer demand for PCs. Fujitsu and Sony kept their rankings with results slightly below market average driven by a sharp CEE decline.