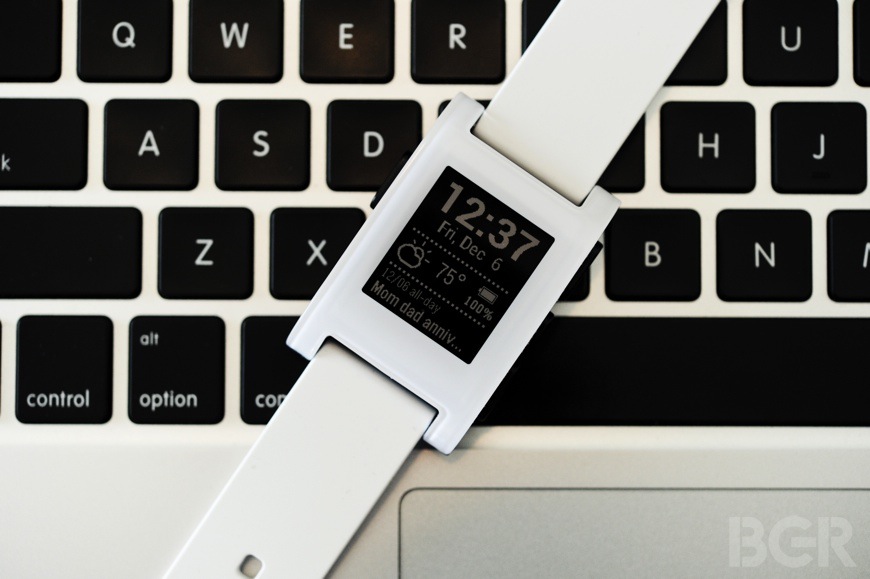 While more and more companies are starting to take wearables seriously, Pebble appears to be doing all the selling. After launching its smartwatch via a tremendously popular Kickstarter campaign that helped raised over $10 million, the company sold over 400,000 Pebble smartwatches since January 2013, with revenues amounting to some $60 million according to Fortune. Even though the Pebble devices will get significant competition this year, Charles River Ventures partner and Pebble investor George Zachary said the company will make twice last year’s revenue this year.

Pebble CEO Eric Migicovsky doesn’t appear to be concerned about Google’s imminent invasion of the wearable ecosystem. “”When we started working on wearables six years ago, there were few players in the space and a lot of skeptics,” the exec said. “It’s exciting to see this market grow so quickly – enabling more interesting use cases and keeping all of us laser-focused on creating the very best user experiences we can.”

Rather than worrying about Android Wear, Migicovsky is more concerned about marketing its products and improving them. According to the publication, he’s exploring technologies that could boost the week-long battery of the device and keeping tabs on flexible displays. “My dream watch would be something that is just screen, but we’re going to live with reality for a little while,” he said. The exec sees huge potential for the Pebble, as the smartwatch could become the main controller for other devices including car and home appliances. “If other people compete with us, they would have to do it on our terms,” he added.

Pebble currently employs a team of 70, with 12,000 developers interested in bringing their apps to the device – currently there are around 1,000 of Pebble apps available.

Meanwhile, the iWatch may be the most exciting smartwatch coming this year, with the Moto 360 also an awesome wearable device. A “Nexus”-like smartwatch is expected from LG, and Samsung is doing its own Tizen-based wearables thing. The latter said last year it shipped more than 800,000 Galaxy Gear units, but the device was never as popular as the Pebble with users, and it’s not clear how many units actually sold to consumers.