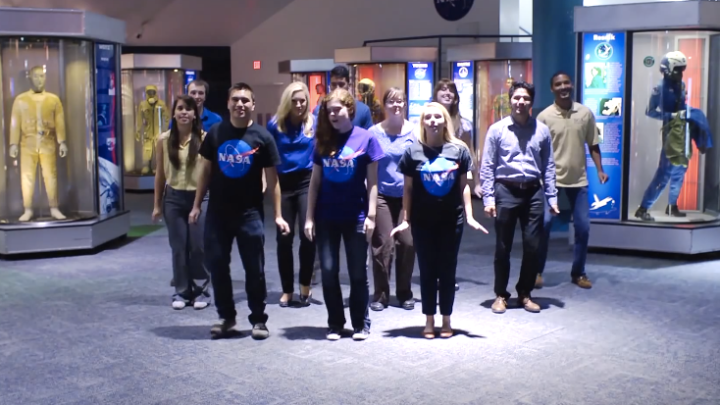 There are many reasons to love NASA and now we have another one — its engineers apparently have a terrific sense of humor. NASA has posted a hilarious new video made by its Pathways Interns of NASA’s Johnson Space Center that promotes the wonders of space exploration to the tune of Meghan Trainor’s massive summer hit “All About That Bass.” Except instead of singing “I’m all about that bass, ’bout that bass, no treble,” the lyrics go, “I’m all about that space, ’bout that space, space travel.”

The video was released to coincide with the launch of NASA’s Orion spacecraft, which first went into orbit last week. The unmanned Orion spacecraft launch was set up as a test run for a spacecraft that was designed to bring human beings on long journeys into space and will pave the way for the first ever manned mission to Mars. NASA seems very happy with its initial results so far as it says Orion has passed its first tests with flying colors.

Check out the full video below and just try to get the song out of your head. At the very least, the lyrics are much more substantive than the big-booty worship of Trainor’s original hit.