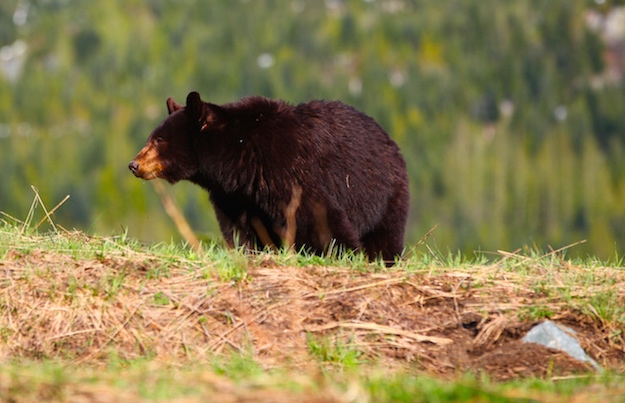 When hiking through an area known to have a population of black bears, there are a number of well-known safety precautions one should follow in order to limit the likelihood of running into a bear on your trip. These rules, by and large, are pretty straight-forward: don’t leave food out in the open for too long, clean up your trash, and make sure to keep up conversation with friends if you’re not on a solo-hike (the sounds tend to keep bears away).

Sounds simple enough, but if you’re mountain biking through a bear enclave you have an entirely different problem to worry about: crashing head-on into a bear.

As unlikely as this scenario sounds, a recent Instagram video from Davis Souza highlights what happened when he surprisingly crossed paths and subsequently crashed into a black bear mid-ride on the Mills Peak trail in Plumas County, California earlier this week.

The video — courtesy of a helmet cam Souza was wearing — shows him flying over the handlebars as the bear, presumably scared beyond belief, runs for cover in the surrounding woods.

“That was a bear!” Souza exclaims in pain as he attempts to regain his footing and composure, and of course, save face in front of his friends trailing behind him.