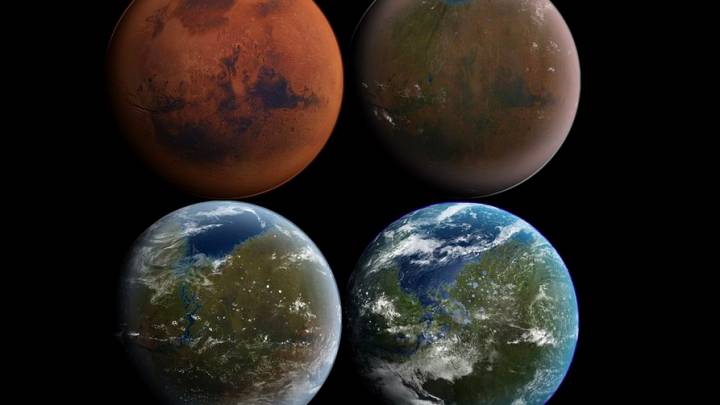 Living on Mars isn’t exactly something we can do today, but future generations might choose to settle there, once we’ve tamed the red planet. To do so, we want plan to terraform it with help of genetic engineering and synthetic biology.

Of course, “we” currently stands for the Defense Advanced Research Projects Agency (DARPA) that’s working on creating organisms which would be capable of transforming Mars into a habitable planet that looks more like Earth than it does today.

According to Motherboard, DARPA wants to terraform Mars with help of green, photosynthesizing plants, bacteria, and algae grown directly on the existing Mars surface. These organisms would warm up and thicken the atmosphere in the future.

DARPA is working with partners on a “Google Maps of genomes” toolking, called DTA GView, which could be used in the future to engineer organisms that could then be used on a planet like Mars for turning it into a human-friendly destination.

“This torrent of genomic data we’re now collecting is awesome, except they sit in databases, where they remain data, not knowledge. Very little genetic information we have is actionable,” deputy director of DARPA’s new Biological Technologies Office Alicia Jackson said on Monday at a biotech conference hosted by the agency. “With this, the goal is to, within a day, sequence and find where I can best engineer an organism.”

Thus, DARPA would be able to pick and choose the best genes and create completely new organisms capable of living on a foreign planet and terraform. The same technology could be used to repair some of the significantly damaged regions of Earth, and turn them into places hospitable for life.