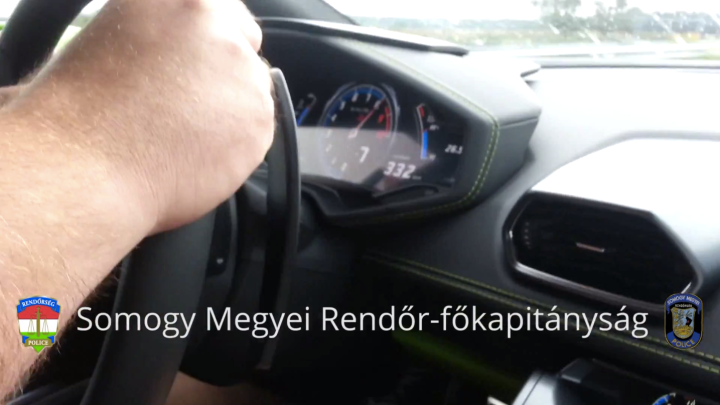 We are taught to drive safely long before we actually have the opportunity to get behind the wheel of a car, but for some hardheaded individuals, the education simply doesn’t stick. That appears to be the case for the driver of this Lamborghini Huracan, which can be seen exceeding 330 kilometers per hours (205 mph) before smashing into the traffic barrier and flying off the road.

As Top Gear notes, the wreck happened several months ago in Hungary, but the police only released the footage of the wreck (taken by the passenger in the video) this week. Thankfully, despite what looks to be a deadly conclusion, there were no fatalities, although the passenger was seriously injured and the driver is facing charges of reckless driving and endangerment.

If you ever needed any more proof that speed limits are necessary, the photos that follow the end of the footage should be more than enough to keep you around 70 mph, no matter how fast your car can go.