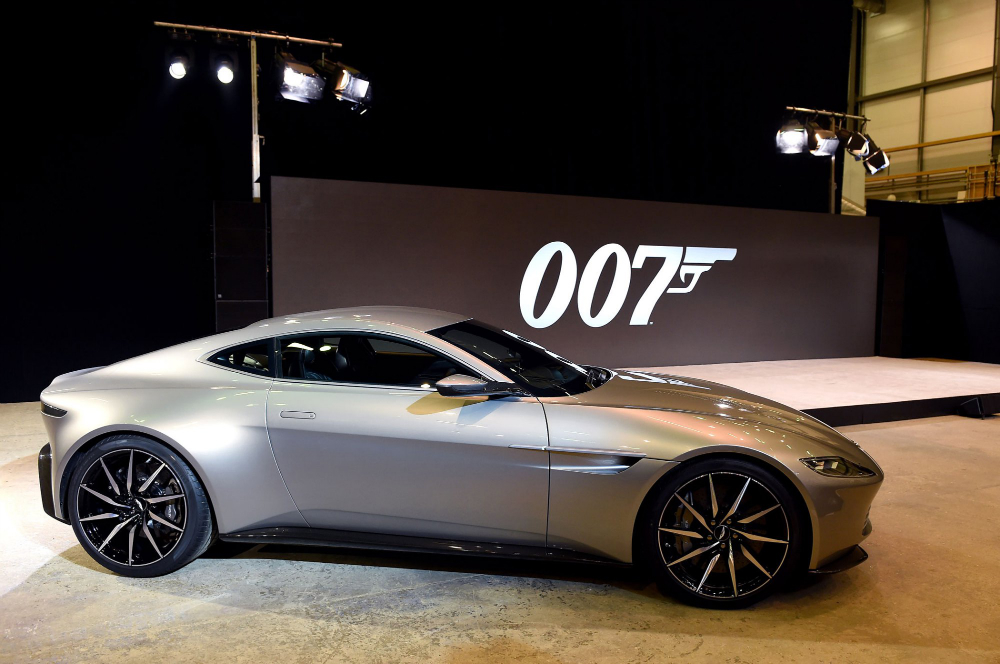 A new James Bond movie is about to be released, Daniel Craig’s fourth and possibly final appearance in the famous spy saga. As always, you can expect to see plenty of action-packed scenes, high-tech toys, new Bond women and cars. Focusing solely on cars for a moment, Bond will drive a custom Aston Martin DB10 in Spectre that has been designed precisely for this role.

Let’s check it out.

Only 10 DB10 models were made, and only one of those will be sold to a collector willing to pay the right price. The only commercial version of the car will be put up for auction at some point next year, and it’s expected to fetch more than $1.5 million. Mark Higgins, a stunt double in several Bond movies, took CNET for a spin in the DB10, and the tech site posted several photos and details 007’s gorgeous new car.

The DB10 was designed by Aston Martin Chief Creative Design Officer Marek Reichman, and it’s basically a modified Vantage. The car might be a rare Aston Martin creation, but the company hinted that its design lines could also used in future commercial models. The car is the sixth Aston Martin to be seen in a James Bond movie; the first one was the DB5 that debuted in the 1964 Bond film, Goldfinger.

The car has a wider and longer wheelbase than the Vantage, packing a 4.7-litre V-8 engine capable of reaching a top speed of 190mph. It can also hit 60mph from a standstill in 4.7 seconds. Naturally, it’s got manual transmission too, as that’s how spies drive.

The interior of the car is at least as impressive as the exterior, featuring hand-stitched leather and carbon fiber.

Even more interesting are the secret gadgets hidden inside this Aston Martin for spies, which CNET isn’t allowed to discuss so it doesn’t spoil the surprises. However, the site did say that the DB10 packs a flamethrower.

A few images from CNET’s test drive with the new James Bond car follow below, with more of them available at the source link.

UPDATE: The images were removed at the owner’s request.