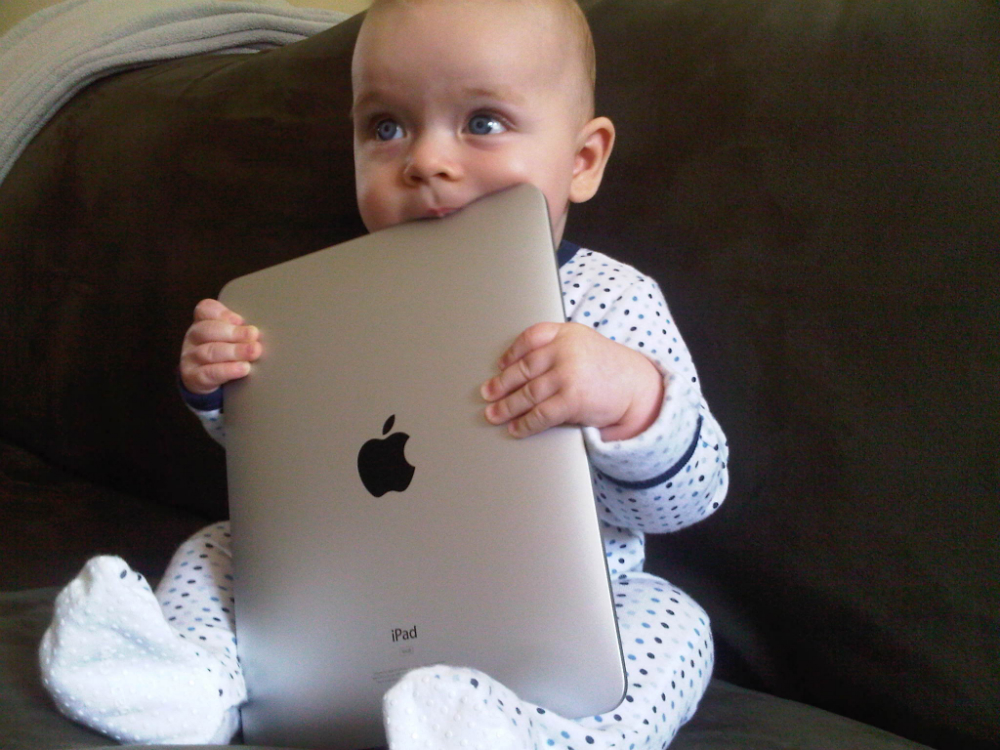 While smartphones and tablets might be helpful when it comes to keeping your kids entertained or teaching them various skills, you may want to hold off on letting your kids use them until they’re at least 30 months old. The Guardian, citing Boston University School of Medicine researchers who talked to the Pediatrics journal, says that use of smartphones and tablets at that age might have significant adverse effects.

FROM EARLIER: This new router will slow your internet speeds to a crawl – and you’ll be glad it did

“These devices may replace the hands-on activities important for the development of sensorimotor and visual-motor skills, which are important for the learning and application of maths and science,” clinical instructor in developmental-behavioral pediatrics at Boston University School of Medicine Jenny Radesky said, adding that a child playing with building blocks may be more useful for later skills.

The researcher encourages parents to increase “direct human to human interaction” with their young children rather than getting them used to using touchscreen devices.

In those cases where a smartphone or tablet is used by a kid, researchers encourage parents to join them in those activities, and even test the apps used beforehand.

The researchers said that there’s plenty of evidence that says children under 30 months can’t learn as much from TV or videos as from human interaction, but there’s not enough data on whether mobile apps could be as efficient as human interaction at that age.

Evidence also suggests that certain TV programs such as Sesame Street, electronic books and mobile apps can be used to help the vocabulary and reading comprehension of children, but only once they’re older and closer to school age.