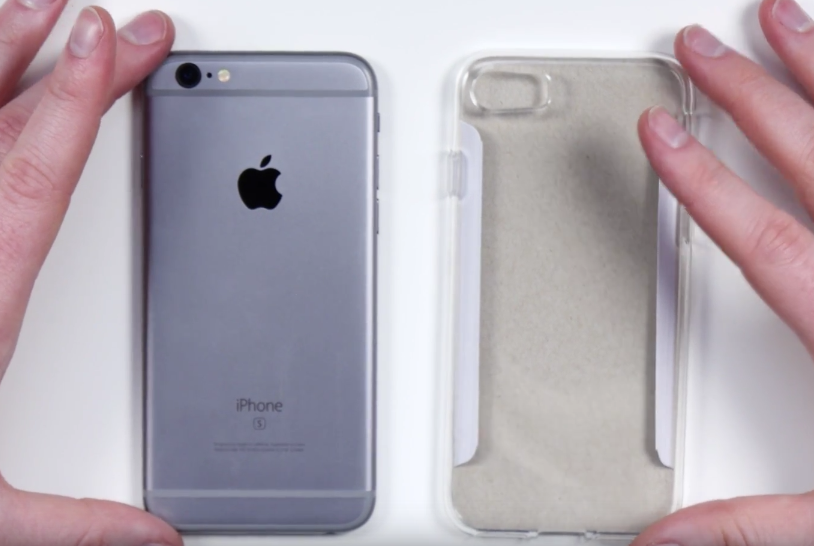 We got our first look at a leaked iPhone 7 case last week and now Lewis Hilsenteger of Unbox Therapy has obtained another iPhone 7 case from a Chinese manufacturer that gives us new clues about the device’s overall design. The case, which was obtained with the help of Apple leaker Sonny Dickson, hints at the possibility of a dual camera design as well as the elimination of the traditional headphone jack.

RELATED: The shady iPhone 7 rumor I desperately want to believe

First, notice how the case’s cutout for the camera is much larger than the cutout needed for the camera on the iPhone 6s. This should add more fuel to earlier rumors about Apple having two camera lenses on its newest iPhone:

When it comes to the bottom of the case, there is a very large cutout at the bottom that Hilsenteger speculates will be for the Lightning port that will be used for headphones in lieu of the traditional headphone jack:

Interestingly, the case seems to fit well on the iPhone 6s right now, which suggests that the new phone might not be too thin to have a standard headphone jack. All the same, Hilsenteger has found that the case’s cutout is too small to fit in a standard headphone connector, which does suggest Apple really is ditching its headphone jack in favor of headphones that can be connected either via the Lightning port or wirelessly through Bluetooth.

Here are a couple of additional tidbits that we can garner from the new case:

Check out his full video below and judge for yourself.