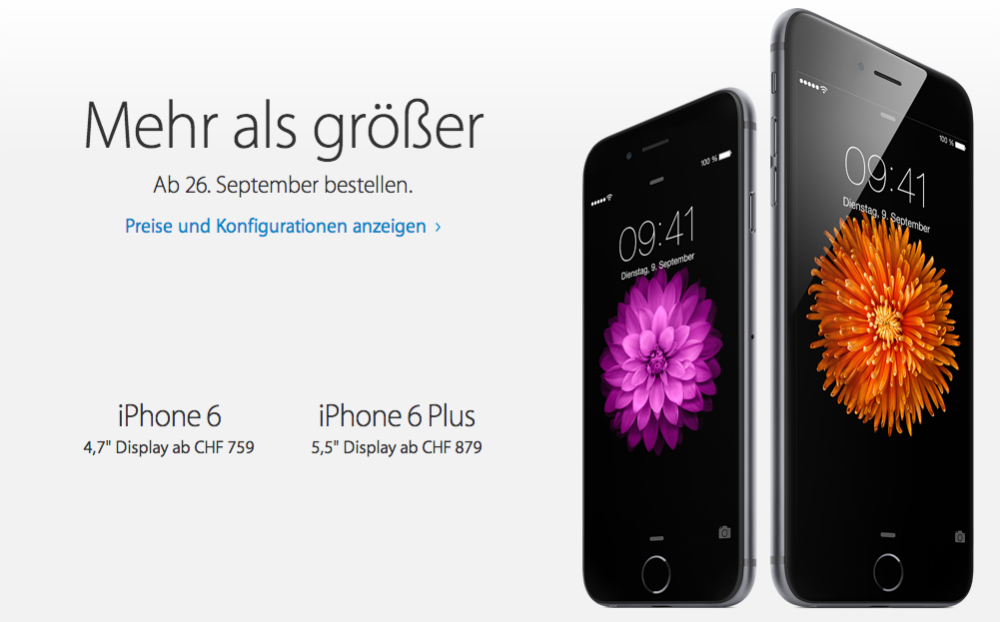 Just like with any other iPhone launch, Apple will release the phone gradually by starting with certain markets at first, followed by more and more countries in the weeks and months to come. Luckily for international Apple fans who want to buy the device, a second round of pre-orders is about to start, 9to5Mac reports.

FROM EARLIER: Looking for the cheapest place to preorder an iPhone 6? Don’t go to Apple!

Initially, Apple and carrier partners will kick off preorders on September 12th followed by a September 19th launch in 10 markets including the U.S., Australia, Canada, France, Germany, Hong Kong, Japan, Puerto Rico, Singapore and the U.K.

A week after the U.S. launch, on September 26th, the iPhone 6 will be available to order in at least 18 markets, as local Apple online stores have already listed the order date including Switzerland, Italy, New Zealand, Sweden, Netherlands, Spain, Denmark, Ireland, Norway, Luxembourg, Russia, Austria, Turkey, Finland, Taiwan, Belgium, Portugal and the United Arab Emirates (though the latter has September 27th listed as its launch date).

The speedy international iPhone 6 launch plan shouldn’t be that surprising considering that Apple has done a similar thing two years ago with the iPhone 5 by launching the handset in additional markets a week after its U.S. debut. Last year, the iPhone 5s and iPhone 5c reached a second wave of almost 30 countries only after a month following its U.S. launch.

During its event on Tuesday, Apple announced that both its iPhone 6 models will be available in 115 countries by the end of the year. Apple will likely announce iPhone 6 launch date sales numbers after its first sales weekend.

Some reports said Apple has ordered as many as 80 million iPhone 6 units this year, in preparation of its biggest iPhone launch, although that can’t be confirmed yet. Apple is also said to have booked all available air cargo from China to U.S. to meet huge iPhone 6 demand. Considering Apple’s rumored iPhone 6 preparations, it’ll certainly be interesting to see whether the company will be able to top last year’s record of 9 million combined iPhone 5s and iPhone 5c units sold, especially since the huge Chinese market will apparently have to wait a while longer for the handset.